Cheese has always been a favorite part of everyone’s meal or snack. You can put cheese on crackers, pasta, soups, bread, or simply slice a piece and eat it plain. Cheese enhances the flavor of anything you add it to. However, do your symptoms of acid reflux reduce or intensify after indulging in foods containing cheese? Is cheese good for gerd? Here’s some interesting information. 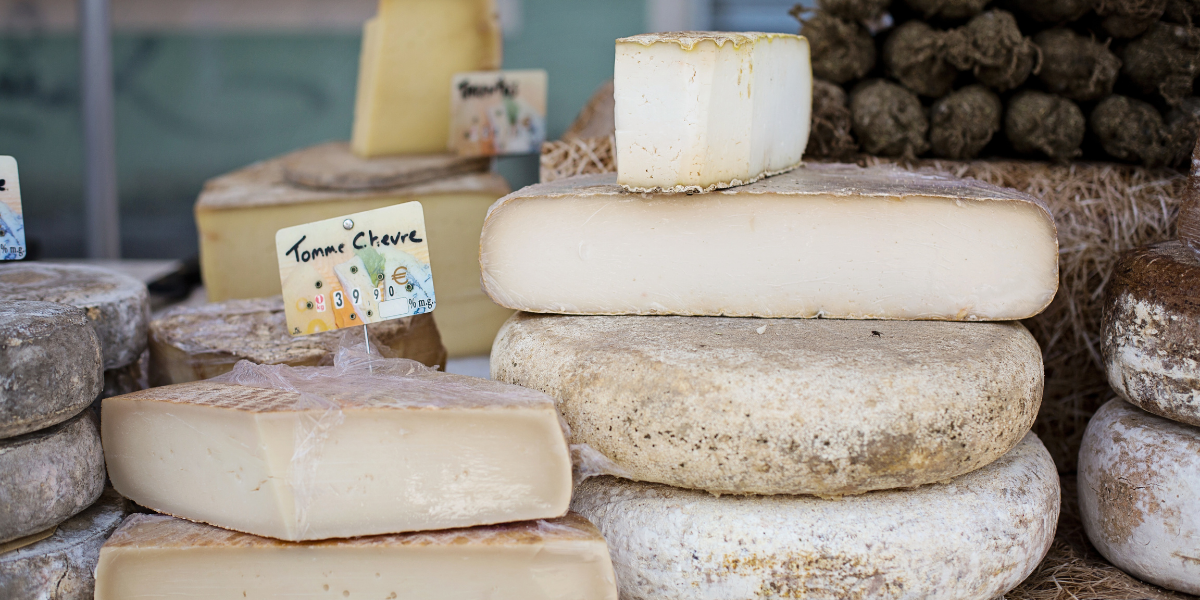 The first cheese was created around the time when the domestication of sheep and other milk-producing animals began 8,000 years ago. Some indications of cheese and the art of cheesemaking have even been discovered in murals on Egyptian tombs dating back to 4,000 B.C.

Ancient people used to store milk in containers made from the stomach of animals. The warm summer heat, combined with an enzyme called rennet found in the stomach of ruminant animals would cause the milk to curdle and produce the earliest forms of cheese. This probably occurred when some milk in the stomach pouches were left there for some time.

There are many varieties of cheese to choose from because they were made and usually named after different regions of the world where they originated. Here are some of the most popular types of cheese. 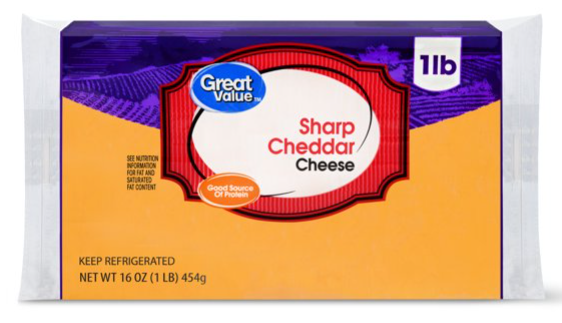 Cheddar, named after the village in Somerset, England where it came from, is one of the most popular types of cheese in the world. However, cheddar comes in several more varieties by itself and these include: mild, medium, sharp, extra sharp, white, New York style, and Vermont.

Here is the nutritional value of cheese using 1 pound (16 ounces) of Great Value Sharp Cheddar Cheese and the percentage of the recommended % Daily Value per nutrient it contains. This is based on the recommended diet of 2000 calories per day. 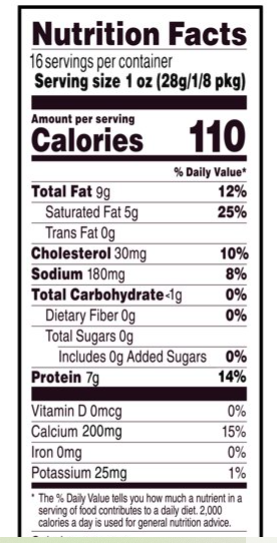 So this gives you an idea of how cheese varies. Now let’s talk about whether cheese, in general, is good or bad for gerd.

Is Cheese Good For Gerd? 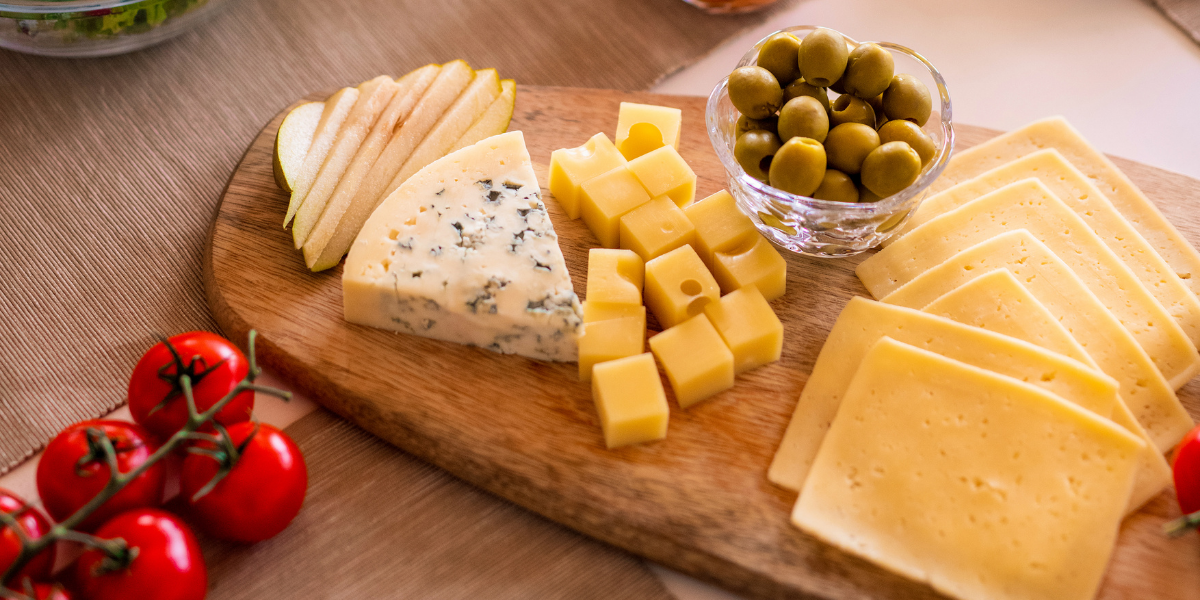 Aside from the varying nutritional values, different cheeses also have different characteristics such as color, aroma, flavor, softness, texture, etc. However, being a high-fat dairy product along with sour cream, butter, and whole milk, it can encourage the development of acid reflux.

Acid reflux occurs when your stomach acid escapes from the stomach into the esophagus leading to pain, heartburn, gas, regurgitation, difficulty swallowing, indigestion, and other unpleasant symptoms. When these symptoms are not properly treated, the condition can worsen and develop into gastrointestinal reflux disease or gerd which is the chronic and more severe form of acid reflux.

Now, let’s go back to cheese, and here are the reasons why it may not be good for people suffering from gerd:

Cheese, just like any food that is high in fat, stays in the stomach longer and causes delays in digestion. Fats can reduce the pressure on the lower esophageal sphincter (LES) which means a weaker grip by the muscle that serves as a barrier between the stomach and esophagus. As a result, the acid can leak from the stomach into the esophagus. In addition, the acid may harm the lining of the esophagus and manifest all the symptoms mentioned earlier.

Some of the high-fat cheeses which should be avoided when you have gerd include Parmesan, Ghouda, Cream Cheese, Stilton, and Cheddar. Actually, any food with cheese in it is a trigger for heartburn, but you’ll fare better with ricotta, cottage cheese, and other cheeses with reduced fat content.

Again, the high fat content of cheese can be blamed for this. Fats can increase the secretion of the hormone Cholecystokinin (CKK) which also affects the LES. It causes further reduction of pressure in the area which means increased chances for the contents of the stomach to go back in the esophagus.

The thing to remember is that both of these actions exerted by cheese for gerd directly relate to high fat content and its effect on the LES. That is why, when it comes to triggers for symptoms of gerd, cheese is right there on top along with coffee, spicy foods, and fizzy drinks like soda and ginger ale.

On the other hand, please keep in mind that cheese by itself does not always aggravate symptoms of gerd but rather, it affects an already existing situation. In some cases, its action may be too weak to show any significant effects. In other cases, it may contribute to or worsen the occurrence of reflux symptoms.

There were also instances wherein cheese, when consumed along with certain food or drink, caused more reflux episodes. According to a study published in the National Library of Medicine, the type of meal may affect the severity of reflux symptoms. In this case, cheese along with chili and red wine.

However, it is important to note that despite having lower fat content, chili and red wine when consumed without cheese, caused more reflux discomfort than any other meal, including those containing significant amounts of cheese.

Other helpful recommendations to avoid or lessen symptoms of gerd include: 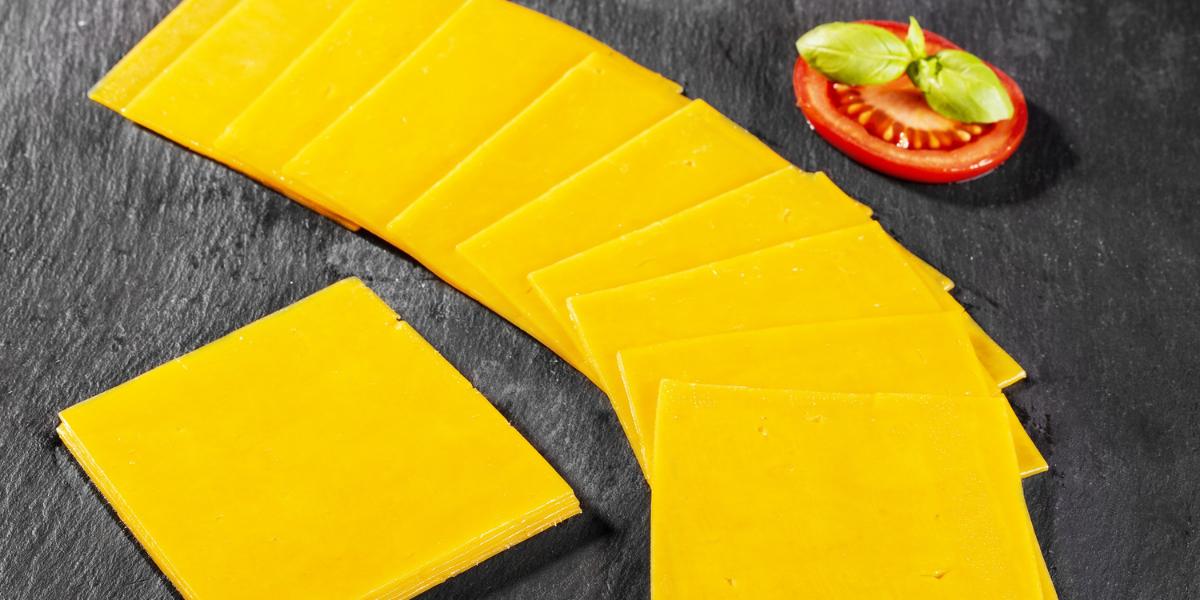 As a general rule, cheese can provide us with a lot of the daily nutrients we need when consumed in moderation. It is best when eaten with fruits, vegetables, whole grains, bread, and other staple food. You can enjoy snacking on cheese or adding it to your favorite dish or salad without fear of stomach upset, unless you are allergic, lactose-intolerant, or suffering from certain gastrointestinal issues. Is cheese good for gerd? The answer is no, and now you know why.