Is Butter Good For Gerd? – Here Are Two Reasons Why It’s Not

Butter is a dairy product created by continuously churning the cream from cow’s milk. Butter is widely used as a spread as well as fat for cooking. It is so popular that a third of the world’s dairy production is intended for making butter. However, butter’s fat content has been a target of scrutiny as questions arise whether it is really beneficial to health or does it aggravate certain digestive conditions. Is butter good for gerd?

One interesting fact about butter is that it is almost as old as ancient humans! The earliest record of butter can be attributed to a 4500-year-old limestone tablet that had been discovered by archaeologists. It illustrated the process of butter making as done by our ancestors. Nowadays, the procedure is basically the same, except that they are using cow’s milk instead.

Butter seems to have originated around 10,000 years ago at about the same time that ancient humans began domesticating animals. Theory suggests that the creation of butter was discovered accidentally! Traveling nomads used to bring milk from sheep, goat, or yak stored in sheepskin bags on their journey. The warm climate and the constant joggling of the milk had caused it to curdle and turn into butter which, to their surprise, tasted heavenly! 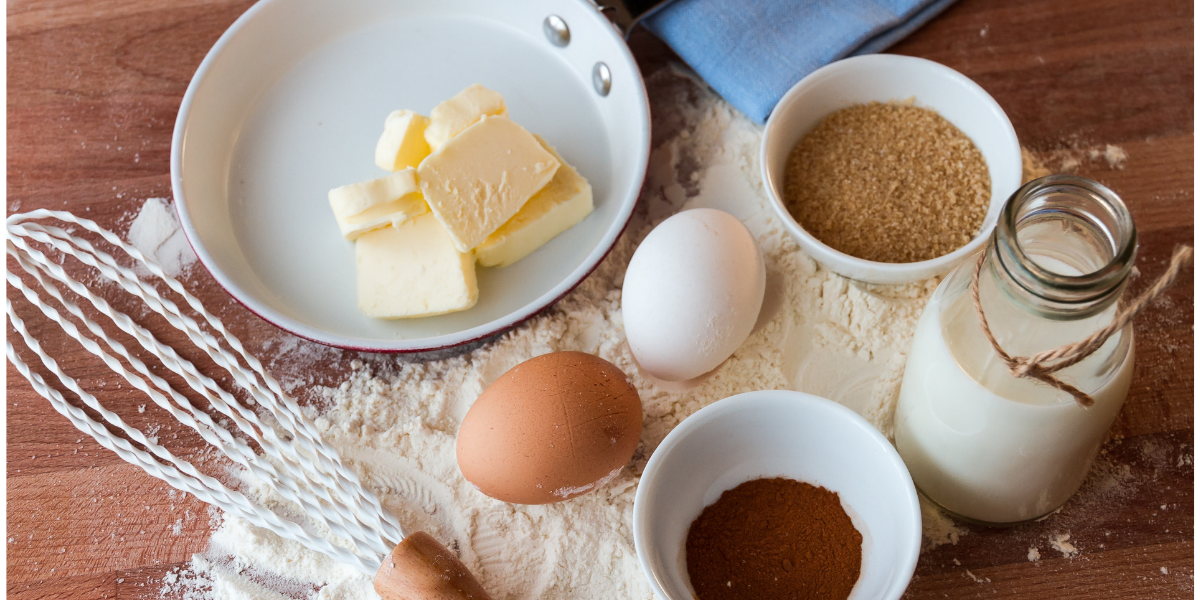 Throughout the progression of human civilization, butter has been depicted as a staple food in various cultures around the world. Over time, people had invented several versions of butter.

Generally, I tablespoon (14 grams) of butter serves the following nutrients as per the Reference Daily Intake (RDI).

Butter may be high in calories and fat, but it has various important nutrients as well. In addition, butter has smaller amounts of other nutrients such as calcium, niacin, phosphorus, riboflavin, and Vitamin D. Now let us discuss how butter can affect gerd. 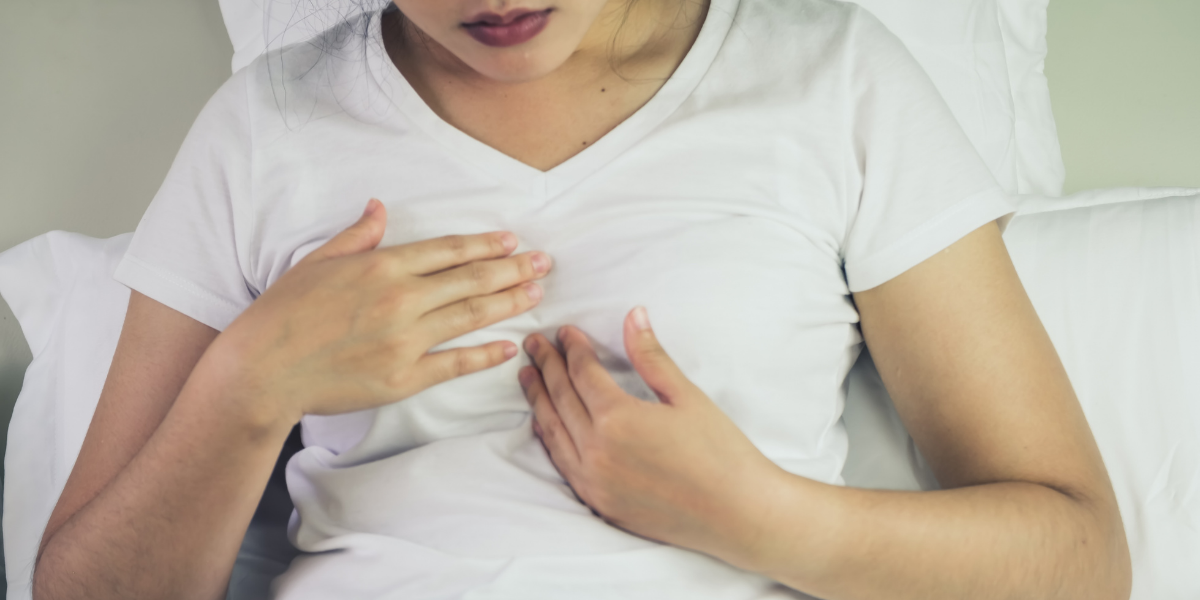 Gerd stands for Gastroesophageal Reflux Disease, a digestive condition that occurs when the sphincter in the lower part of the esophagus is unable to close properly so that the contents of the stomach reflux or leak back into the esophagus. The sphincter is a ring of muscle that acts like a valve in between the esophagus and stomach.

When stomach acid backs up and touches the interior covering of the esophagus, it causes heartburn which is an uncomfortable burning sensation in the throat or chest area. Frequent heartburn, along with acid regurgitation, which is characterized by a bad taste left in the back of the mouth, are the main symptoms of gerd.

Can Butter Cause Gerd?

Butter’s creamy texture and rich flavor can be attributed to its high fat concentration. The fat content of butter is around 80%, while the rest are milk proteins and water. Granted that our body needs fat to function normally, but too much fatty foods can worsen symptoms of gerd.

Here are two ways that butter may not be good for gerd:

Foods high in fat stimulate production of the hormone cholecystokinin (CCK). CCK also relaxes the lower esophageal sphincter and brings about acid reflux. Furthermore, CCK spurs the food to stay in the stomach longer for better digestion which boosts the risk of acid reflux leading to heartburn.

Unfortunately, butter belongs to both categories. Other high-fat foods that can generate the same reaction are cheese, avocados, and nuts.

Other Foods Associated With Acid Reflux 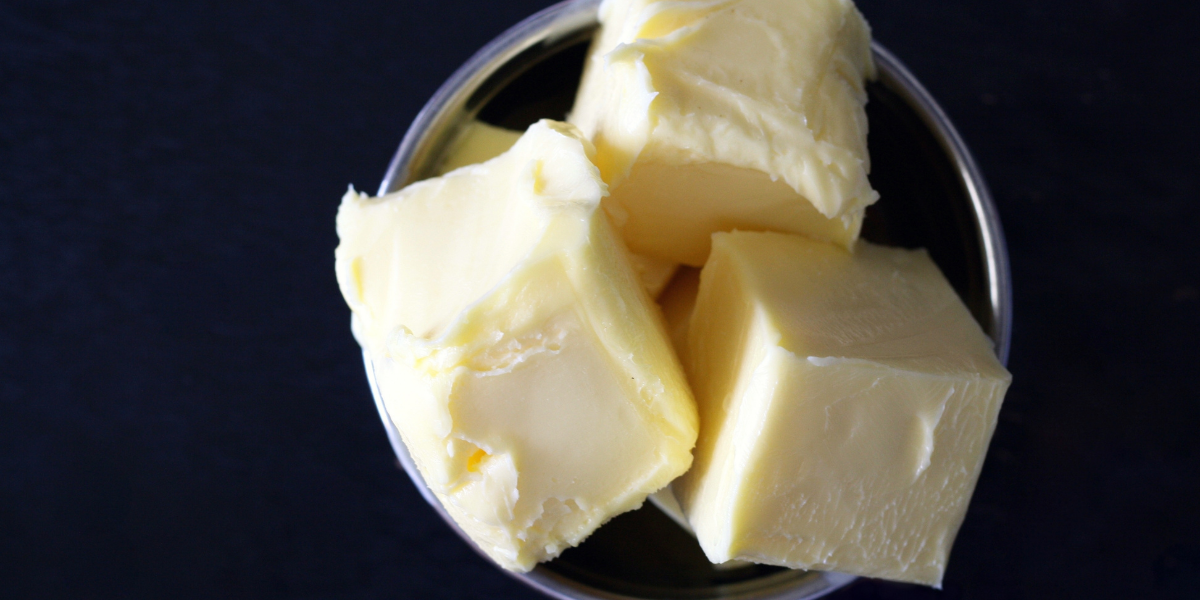 Butter has been given a bad rap so, in order to keep things balanced, we are also including the factors that make butter beneficial to health. Surprisingly enough, they are quite considerable which is why we are only enumerating the most significant ones.

Butter is rich in beta-carotene, a compound that is transformed by your body into Vitamin A. Beta-carotene has also been associated with lowered risks of prostate cancer and lung cancer.

The beta-carotene in butter also curtails the progress of vision loss as well as macular degeneration (AMD) from old age.

Butter has Vitamin D, a nutrient essential to bone growth and development. In addition, butter has calcium for bone strength and protection from osteoporosis, a disease characterized by weak and fragile bones.

When used as part of a low-carbohydrate diet, butter can enable people to maintain their ideal weight or lose weight faster compared to the progress they would have with a low-fat diet.

Butter contains Vitamin E which is vital to skin health. Vitamin E helps improve skin appearance and the rate that skin wounds heal. It also decreases skin inflammation as well as UV damage from the sun.

To Eat Or Not To Eat? 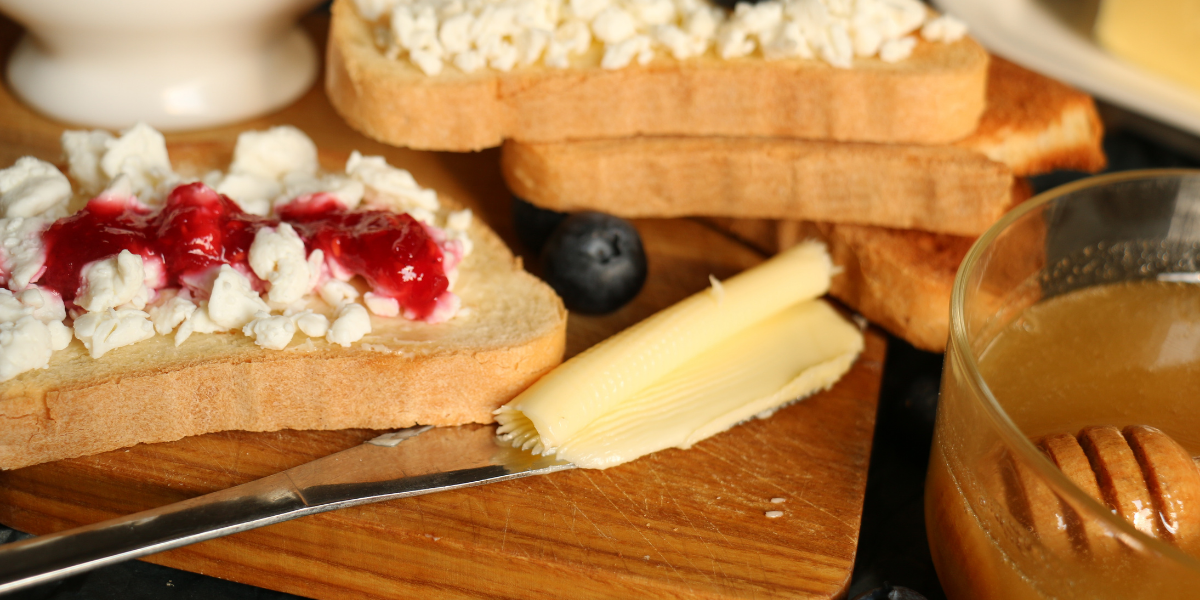 They say that too much or too little of anything good is bad. The same goes for butter. Large consumption of butter can increase the risk factors for heart disease such as total and LDL cholesterol. On the other hand, butter, when eaten in moderation, has a considerable list of health benefits, some of which have been mentioned earlier.

For decades now, scientists have long been debating about the health benefits that butter has to offer. So if you’re wondering how much butter should you eat, the best way to tell is to listen to your body. Craving is our body’s natural way of informing us that we need to increase our intake of something. Do you want a dollop of butter on bread right now? Only you can tell.