As a child, do you remember your mom giving you ginger ale when you were feeling sick? Ginger ale is not only a refreshing drink that has been popular for some time now. It is also known for soothing stomach troubles. Is ginger ale good for gerd? Read on to find out more.

In the 1840’s, the first ginger ale was created as a homemade concoction in England and Ireland. It was more like a soft drink with no alcohol content, and the carbonation effect was brought about by the addition of carbon dioxide. The beverage made its way to the US where it developed into what is now known as the ‘Golden style’ ginger ale with the sweet and bubbly texture.

Apparently, a pharmacist named James Vernors left a barrel fermenting in his barn in 1862 just before leaving to fight in the civil war. When he returned 4 years later, he checked the barrell and discovered the aged drink with a strong ginger flavor. Later on, another pharmacist in Toronto named John McLaughlin refined the taste to create ginger ale’s modern Canada Dry version in 1907, which was then patented and mass-produced. 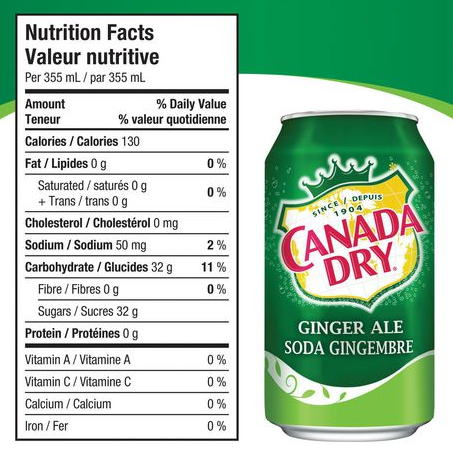 The key to determining what is beneficial and non-beneficial about a food or drink lies in analyzing its contents. Here are the ingredients contained in a 12 oz. or 355 ml can of Canada Dry Ginger Ale:

The Dietary Guidelines for Americans recommends maintaining your sugar consumption below 200 calories per day based upon a 2000-calorie diet. 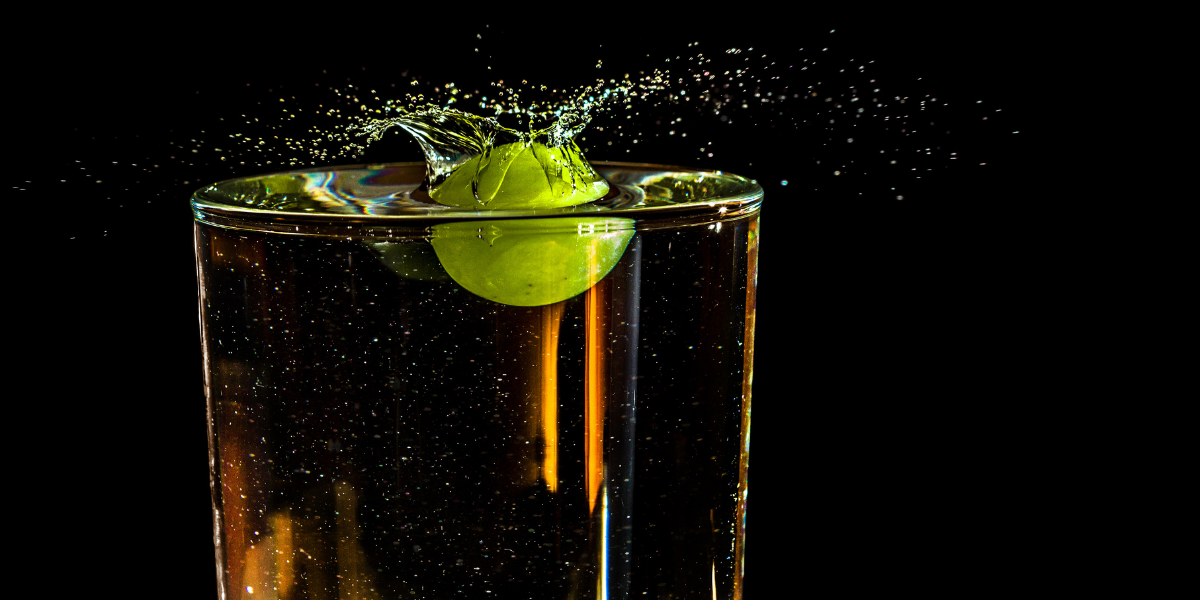 There are several varieties of ginger ale, the most common being the following:

This includes sodas and traditional ginger ales brewed with real fermented ginger root. Aside from ginger, they also contain carbonated water, sugar or high fructose corn syrup, as well as other ingredients depending on the brand.

This type of ginger ale has a sharper taste and more sophisticated carbonation. It can be drunk plain or as a mixer for alcoholic and non-alcoholic beverages.

To maintain the sweet taste, sugar is replaced by calorie-free artificial sweeteners.

Is Ginger Ale Good For Gerd? 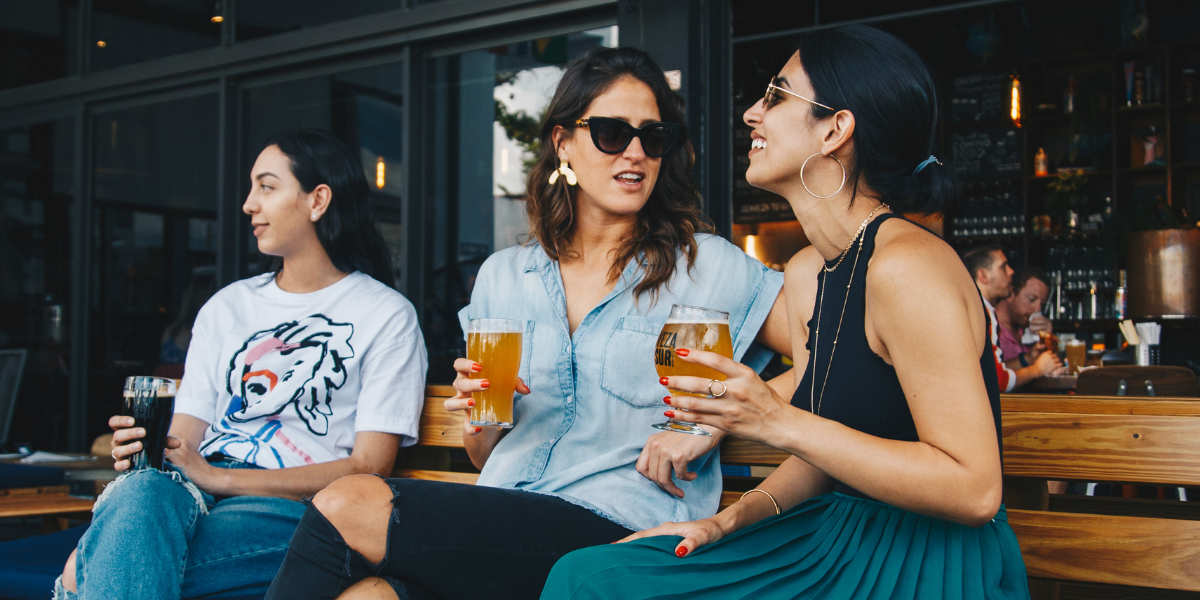 Gerd or Gastroesophageal Reflux Disease, otherwise known as chronic acid reflux, is a digestive condition wherein the sphincter at the bottom of your esophagus, which separates it from the stomach, does not close tightly enough so that the contents of the stomach along with the acid spill back up to your esophagus and cause an uncomfortable burning sensation.

Ginger has anti-inflammatory, anti-cancer, and antioxidant benefits. Ginger’s anti-inflammatory properties, in particular, make it ideal for treating gastrointestinal problems. In addition, grated ginger can be added to anything to reduce the symptoms of acid reflux.

On the other hand, it has been said that ginger ale may have the opposite effect. Ginger tea, when consumed after a meal, can help in reducing the production of stomach acids. However, carbonated beverages like ginger ale can trigger your symptoms and increase gastric pressure.

Why Ginger Ale Is Not Good For Gerd 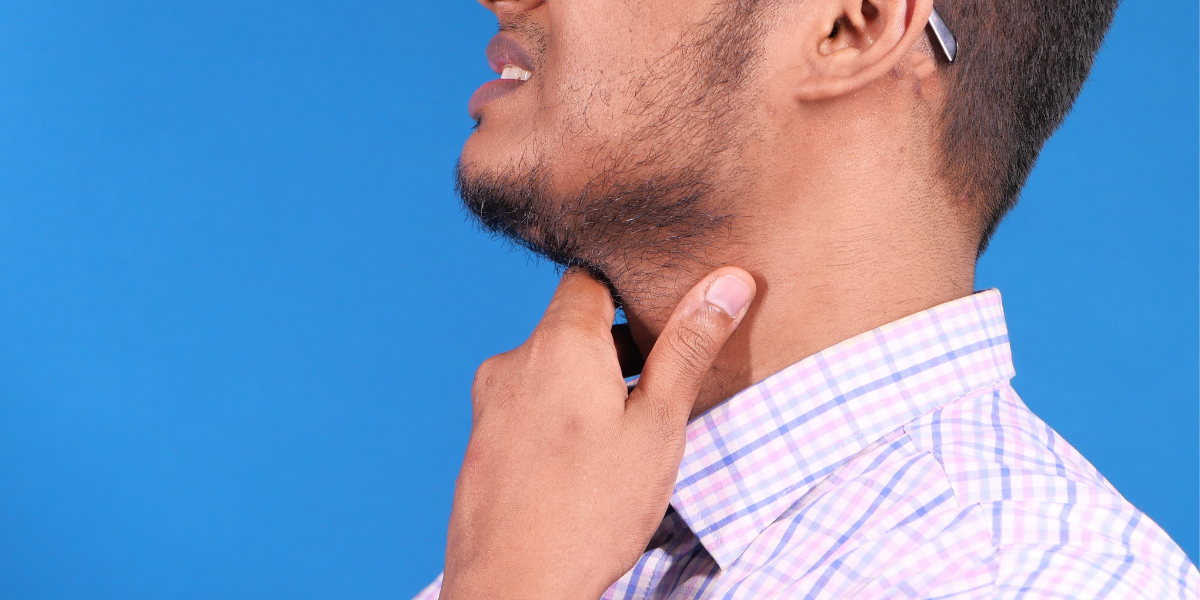 Studies indicate that ginger root helps in easing symptoms of nausea and vomiting. In addition, ginger ale which comes from ginger root extracts is also a popular everyday drink simply used to quench the thirst or as an accompaniment to food.

However, according to Dr. Matthew Goldman, a family medicine physician affiliated with Cleveland Clinic, a fizzy ginger ale may not be the most effective way to obtain your daily dose of ginger for the following reasons:

To further support Dr. Goldman’s claim, it is best if we take a look at the usual ingredients of ginger ale which makes drinking it a bad idea for someone with gerd.

The bubbles in carbonated beverages can expand and cause stomach distention. A distended stomach increases the pressure on the esophageal sphincter which triggers acid reflux because it then pushes the stomach and other contents back into the esophagus.

The high acidity and carbonation in carbonated beverages may potentially worsen symptoms of gerd. In addition, drinking carbonated beverages relaxes the pressure of the sphincter in the lower esophagus. Diet modifications for people with gerd include staying away from sodas and other carbonated drinks.

Citric acid is naturally found in citrus fruits such as orange, lemon, lime, and grapefruit. However, it is also used as a flavoring and preservative in candy, juices, and soda. Citric acid can trigger acid reflux because although our stomach is designed to cope with acidic foods, the esophagus is not.

When experiencing acid reflux, you will notice sour-tasting regurgitated food at the back of your mouth and a burning sensation in your chest. Citric acid stimulates the production of stomach acids which intensifies the symptoms of gerd, especially when consumed on an empty stomach.

Preservatives are added to food to keep them from expiring quickly and to help them retain their color, smell and size which makes them look more appealing to consumers. Sodium benzoate is an artificial preservative that is not only added to food but also to medicine to help inhibit microbial contamination.

Unfortunately, sodium benzoate along with other chemicals can irritate the GI tract. In fact, over-indulging in artificial preservatives like sodium benzoate can exacerbate the signs and symptoms of gerd, including gas, bloating, hearburn, regurgitation, chest discomfort, and intolerance to certain foods.

There are 2 main points that make high fructose corn syrup (HFCS) adversely affect symptoms of gerd. To begin with, HFCS contains sulfuric acid which is a highly acidic substance. Moreover, The chemicals that were used in the production of HFCS also tend to loosen the lower esophageal sphincter.

Aside from the fact that the added sugar may be the most unhealthy factor about drinking ginger ale, it can also be one of the reasons why acid reflux began to develop in the first place. Dr. Goldman says that most commercial ginger ale brands contain a minimum of 10 teaspoons of sugar which is quite a lot! Diet ginger ale is also not an exception because artificial sweeteners are difficult to digest as well.

To make sure that you are getting some real ginger and less sugar, Dr. Goldman advises reading the ingredients on the back of the bottle or can. However, the best option is still ginger root from the grocery which should be peeled and mixed with either tea or warm water.

Other Foods That Are Good For Gerd

You can also reduce the symptoms of gerd by eating the following foods:

Of course, to even up the field, it should also be reiterated that foods such as chocolate, butter, alcohol, coffee, peppermint, citrus fruits, spicy foods, and fatty foods must be avoided. If you still experience persistent acid reflux inspite of making these dietary changes, then it is time to consult with a gastroenterologist for possible treatment. 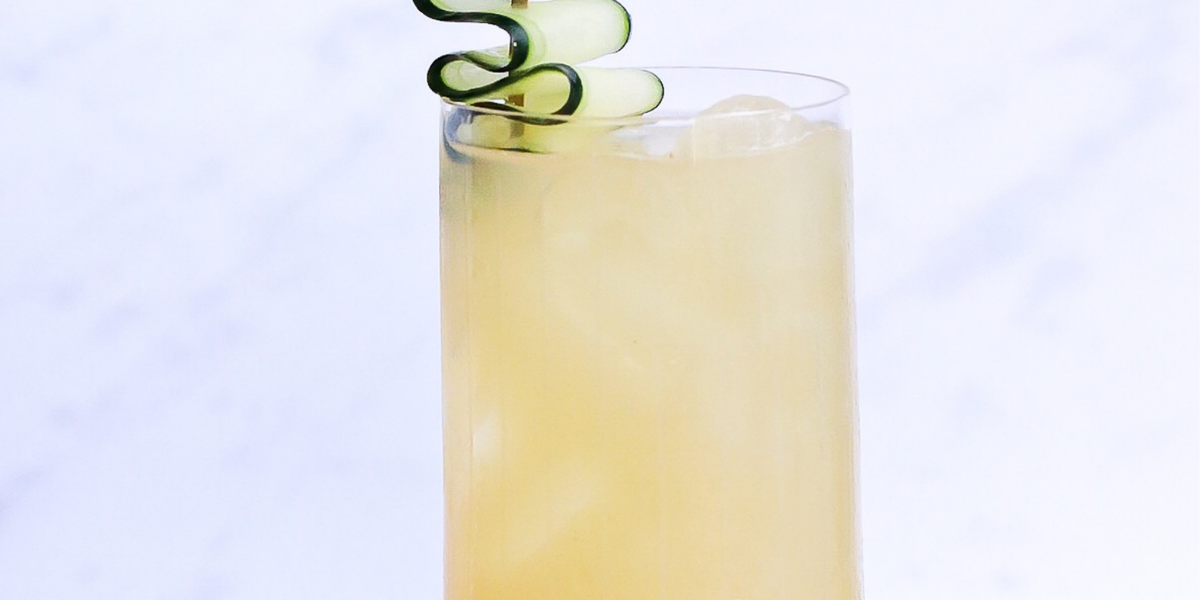 Being a popular drink, ginger ale is available in almost every grocery, restaurant, or bar in the US. If you want to find a healthier variety of ginger ale, better opt for a low sugar or diet variety that fits your personal health goals. So is ginger ale good for gerd? No, it is best to avoid it altogether.