Is Kombucha a Probiotic? Most Probably Yes!

Kombucha is a fizzy, tea-based drink that existed for thousands of years already. It is known for its health benefits and a new take on tea. So not only is it good for the body, but it is also good for the gut! Is Kombucha a probiotic? Most probably yes, and it is more than that.

Another name for kombucha is tea mushroom or kombucha tea, but what is it?  It is a slightly alcoholic fermented black or green tea known for its health benefits. This drink is traditionally consumed in Manchuria, so it is thought to be originated from there. Nowadays, you can get this drink all over the globe.

So there’s a familiar word there – fermentation! That’s right, so, like kefir, this product is also fermented.

Well, to put it simply, it’s the breaking down of a substance with the help of yeast, bacteria, and/or other microorganisms. Kind of like digestion.

If kefir has a milk base, kombucha has a “tea” base. If you have a green or black tea, add some sugar to it and then add the specific strains of bacteria and yeast. Allow it to ferment for a week or more, and ta-dah! You got yourself a kombucha drink.

So why is it called “tea mushroom”? You see, during the fermentation process, a floating blob forms on the surface of the liquid. This film like blob is a “symbiotic colony of bacteria and yeast”, or SCOBY. To be clear, this “mushroom” nickname isn’t related to fungi. It is just used to describe the blob formed.

Like kefir grains, this blob can be filtered and then reused to create more kombucha tea.

If you use a green tea base for your kombucha, you may automatically get the nutrients of that tea. It contains polyphenols and powerful antioxidants that are beneficial to the body.

Not only is kombucha rich in antioxidants but it is also rich in B-vitamins as well as folic acid. For all coffee-lovers out there, you might want to try out kombucha because it also contains caffeine. 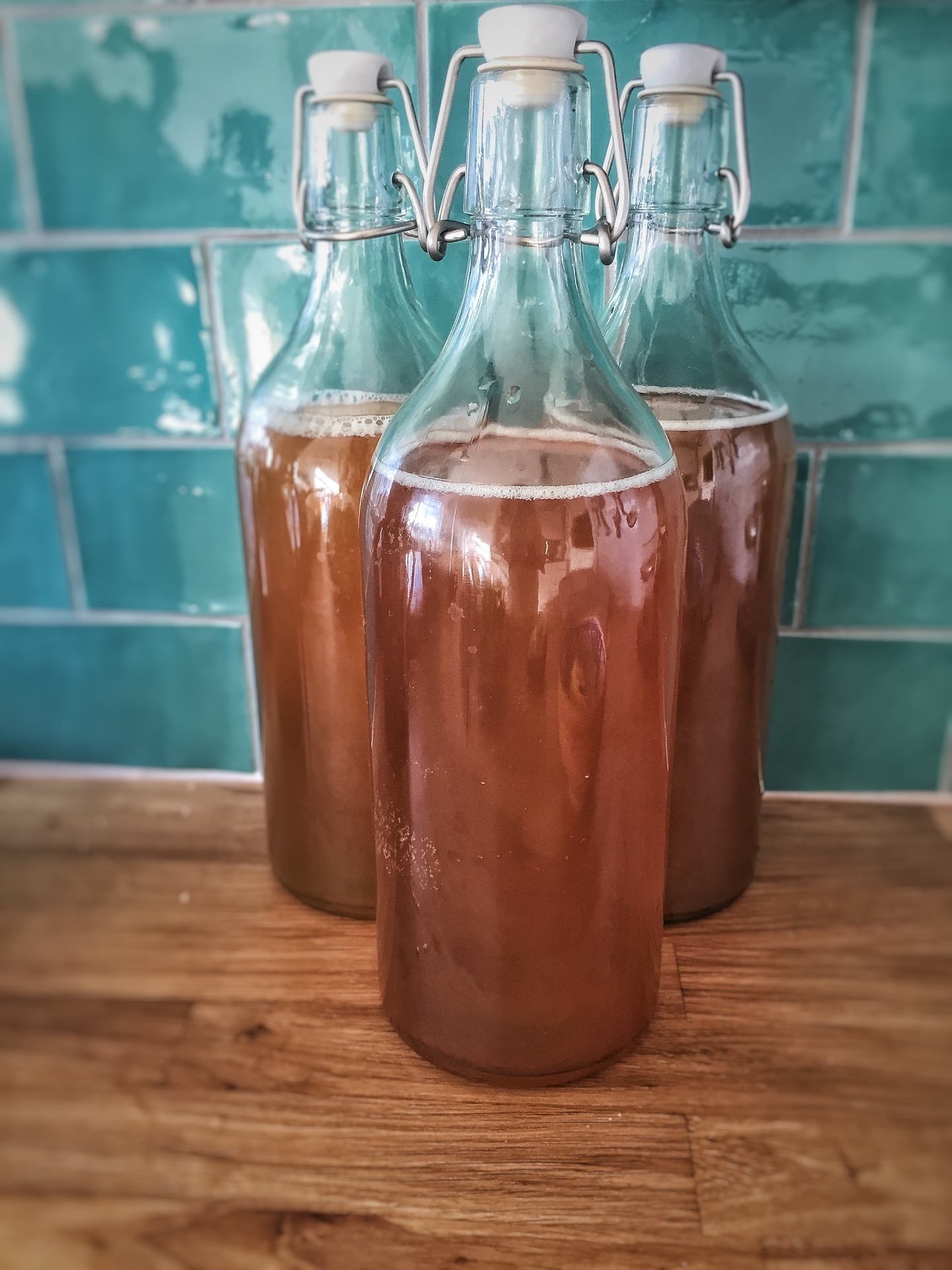 Is Kombucha a probiotic?

Similar to your kimchi, kefir, and yogurt, kombucha is loaded with healthy bacteria for the gut. There is no definitive study about the probiotic effect of kombucha, even if it contains a wide variety of lactic acid bacteria. These bacteria may produce probiotic functions.

Why should you drink probiotic food anyway?

Probiotics are the beneficial or healthy bacteria that you need in your gut. A probiotic usually contains the Lactobacillus strain, but sometimes some Bifidobacterium and Saccharomyces strain can also be available.

There are still some things that the body cannot digest, such as cellulose and fibers. This is where the local gut bacteria kick in. They aid in the digestion process and even synthesize short-chain fatty acids and vitamin K.

The unique thing about kombucha drink is that one of the byproducts produced is acetic acid. Sounds familiar? Yep, it’s also abundant in vinegar. This gives the unique sourness in the kombucha drink. This acetic acid is capable of killing different potentially harmful microorganisms.

There are different reports on the cases of illness caused by kombucha since the mid-1990s.  Some ailments reported are allergic reactions, nausea, liver problems, and lactic acidosis. The last part is problematic because it is the build-up of lactic acid in the body. This is a temporary condition and is usually caused by intense exercise.

Some symptoms of lactic acidosis include: 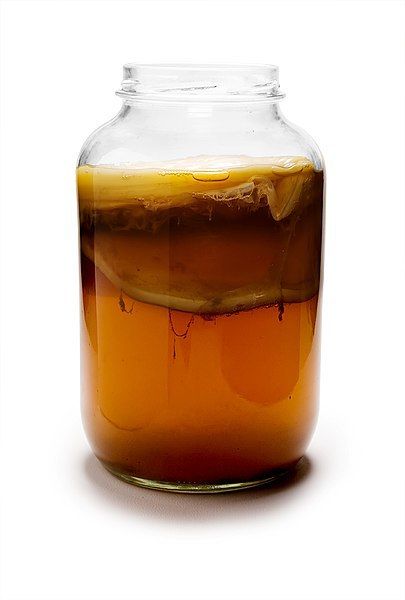 According to the FDA, kombucha is safe when it is properly prepared. When brewing one at home, food safety becomes an issue.

Because you’re not just dealing with food that can be washed, you’re dealing with live microorganisms. One tip is to use clean glass, stainless steel or plastic containers for your homemade tea. Keep your hands and equipment sanitized at all times.

Even if it has caffeine, don’t rely on kombucha for your caffeine boost. It contains low caffeine content and there is a chance that you might get lactic acidosis from drinking too much of it. Simply put, you can’t turn to kombucha to get the hype that you usually get when you drink coffee.

Remember that there is no single food or drink that can be a superfood and solve a lot of health problems. So far, there is little evidence about the health benefits of kombucha to the body. The same goes for its probiotic benefits. If you want to give this drink a go, make sure that your pieces of equipment are clean and sanitized. Also, don’t binge drink it. Drink in moderation and try it one slurp at a time.

Have you ever tried making kombucha at home? How did it go?

Is Kefir a Probiotic? Yes, and Here’s Why!

Is Kefir a Probiotic? Yes, and Here’s Why!