Some people prefer flavored soda to any other drink. You may be one of those who love to quench your thirst with an ice-cold bottle of grape soda right after engaging in strenuous activities. But then, the next time you go to the toilet, you noticed that your waste has turned a weird color. Grape soda and green poop –is there a connection? Let’s find out!

The first grape soda was the Nehi grape soda, one of the flavored softdrinks that was introduced to the United States by Chero-Cola/Union Bottleworks in 1924. The company was founded by Claud A. Hatcher, a grocer in Columbus, Georgia, who started bottling root beer and ginger ale in 1905.

Grape sodas are sweetened carbonated drinks with a grape flavor and purple color. Here is the Nutrition Facts equivalent to one 12 oz or 355 ml container of Crush Grape Soda which contributes to a daily diet of 2000 calories. 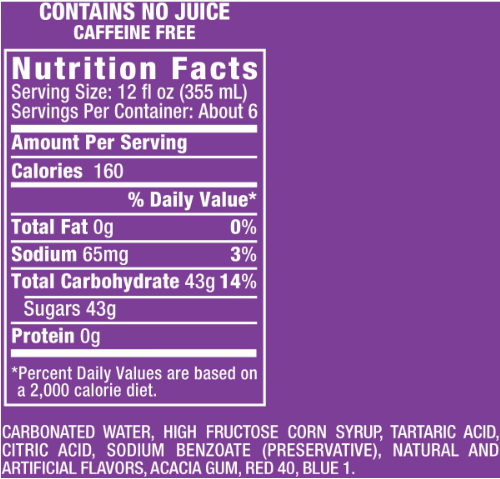 From the Nutrition Facts above, it can be seen that grape soda contains the food dyes Red 40 and Blue 1. “When you mix blue and red it makes purple…” The words of a classic Barney song come to mind. From here, we can safely deduce that the purple color of grape soda can be attributed to the mixture of blue and red food coloring among its ingredients. 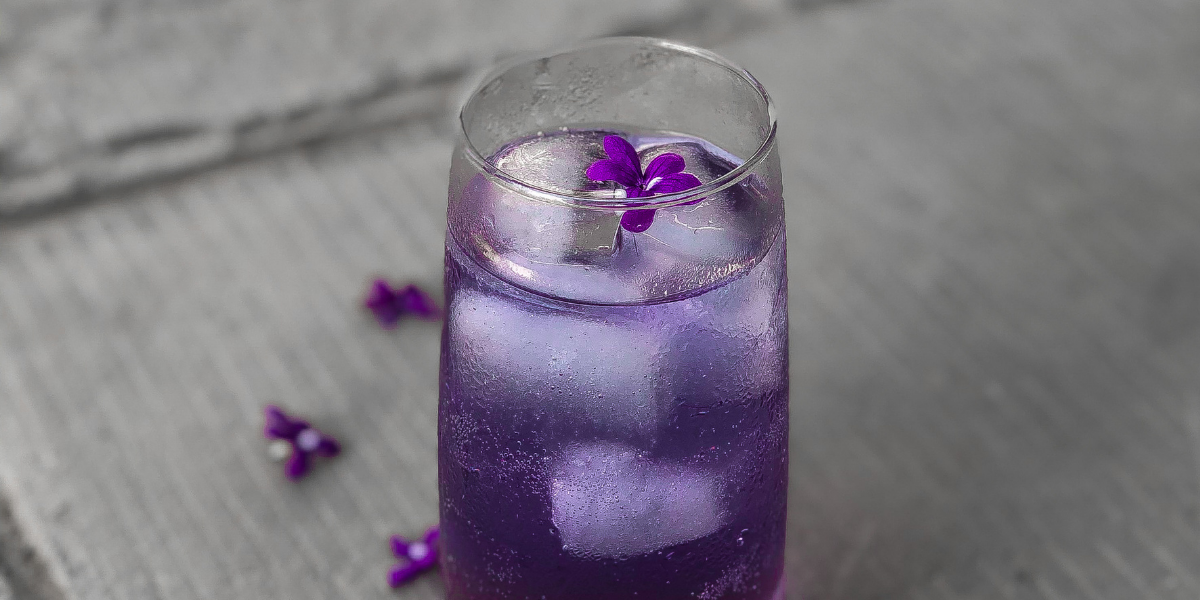 Food coloring, also known as food dye or color additive, is any substance that produces color when added to any type of food or drink. They may come in the form of powder, paste, gel, or liquid and are generally safe for consumption. Aside from making food look more appealing, food coloring also helps consumers identify a product’s flavor on sight such as red for strawberry, blue for blueberry, purple for grape, and yellow for lemon.

When you search the internet, there are a lot of incidents being reported about people, including kids, consuming a lot of grape-flavored food and drinks then getting a fright when they discovered that their poop turned green! There was even one guy who drank 3 grape Powerades within an hour and became so surprised when afterward he went to the toilet and produced green stool!

According to the Children’s Hospital Colorado, unusual stool color is “almost always due to food coloring or food additives.” More often than not, stool color can be attributed more to what has been eaten rather than to any disease. In addition, green is usually a normal stool color compared to black, red, or white which is indeed a cause for worry.

So How Can Blue Make Green? 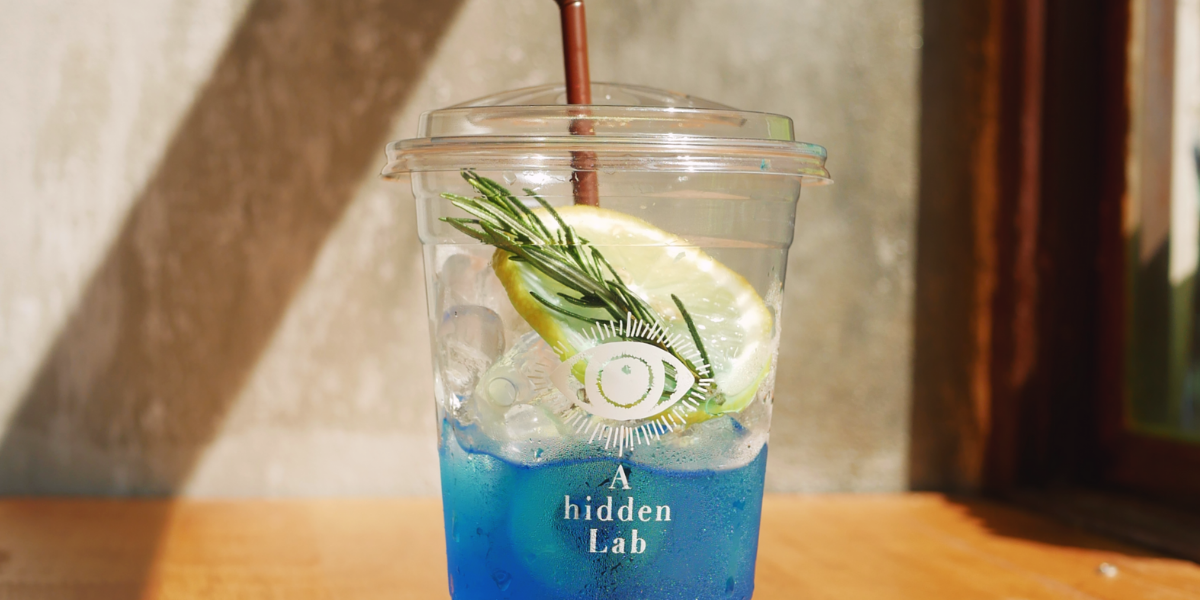 According to PoopReport.com, a study was conducted wherein 24 individuals were made to drink from 1 to 24 glasses of Kool-Aid containing blue and red dyes. Results revealed that the more glasses of Kool-Aid the participants drank, the brighter green their poop turned out to be!

Buzzfeed.com also reported that you can deliberately change your poop color when you consume food or drinks containing certain food coloring. Apparently, eating or drinking anything with Blue 1 food coloring in it, which is also commonly found in blue and purple foods, can turn your poop bright green. So if you want this outcome, all you have to do is drink lots and lots of blueberry or grape-flavored drinks.

Other Foods That May Cause Green Poop 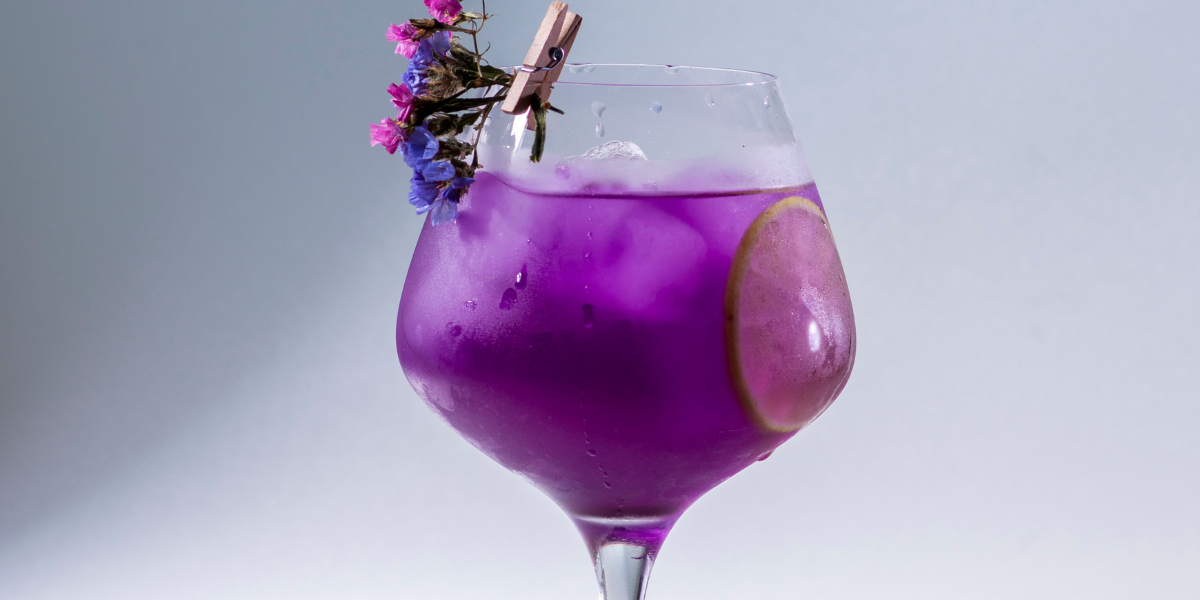 Aside from grape soda, the following food and drinks may be the reason for you producing green poop:

However, based on the examples mentioned, you also need to take note that the food coloring you had doesn’t have to be green to make your poop turn green. Blue, purple, and black food coloring may also produce the same result. For example, in 2015, the internet had a deluge of posts from individuals who had excreted green poop after consuming the fast food chain Burger King’s ‘Halloween Whopper’ which had a black bun.

Other Common Causes Of Green Poop

The biggest culprits for turning your poop green are, of course, foods that are naturally colored green like broccoli, kale, or spinach. Dark green leafy vegetables contain a lot of chlorophyll which is the pigmentation that gives the plants their green color. Aside from the obviously green foods, purple or deep blue foods like grapes, blueberries, and even red wine can also cause dark green-blue stool.

Another main reason for green poop is foods that have green powdered supplements because they also contain a lot of chlorophyll. A very good example of this is matcha, a type of green tea that may not only give you green poop when you drink a lot of it but diarrhea as well.

When Should You Worry?

Usually, having green poop is harmless and has a perfectly rational explanation so this should not be a cause for concern. However, if you cannot associate your green poop to certain foods that you have eaten, and if it has been going on longer than you think it should, then it’s probably time to consult with a doctor. 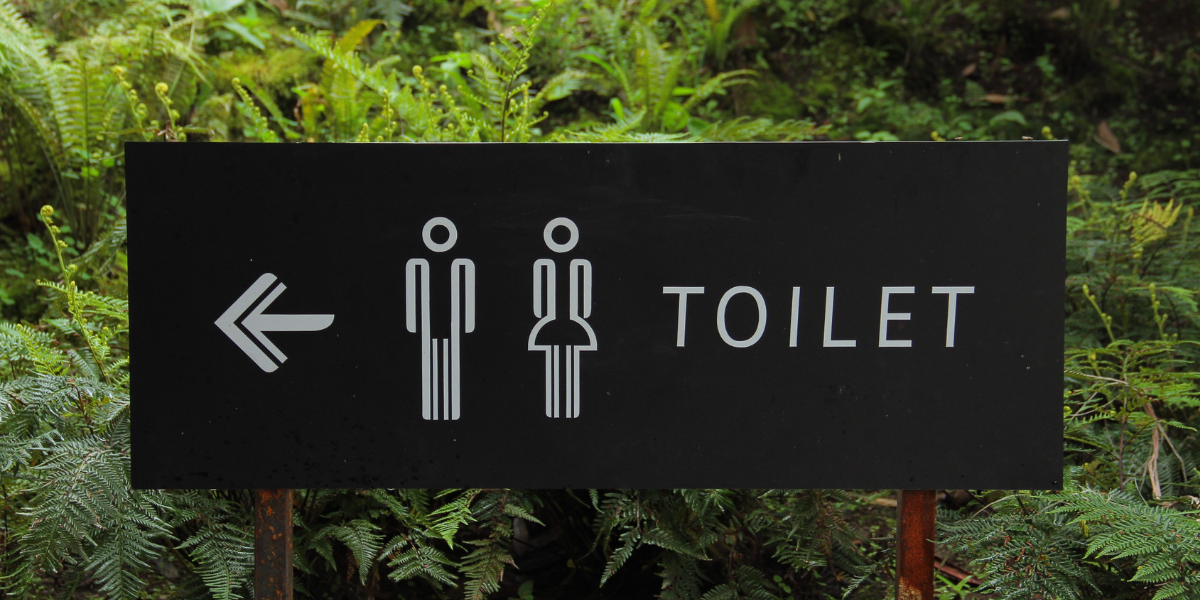 Green poop, especially when accompanied by persistent stomach pain, fever, blood in your stools, or ongoing diarrhea may indicate more serious problems such as:

As a rule, a wide variety of greenish hues in your stool still falls under the normal color range for bowel movements. Unless the stool discoloration has been going on for a long time, which may indicate the need for medical treatment, then the occasional green poop should not be anything to worry about. If the green color was due to some food or drink you have recently consumed, then your stool should revert to its normal brown color within a few days. Grape soda and green poop do go together.