Flaxseed is an ancient plant cultivated centuries ago and is now used in different food products. Yes, it is healthy, but does flaxseed help constipation? Although associated with cancer risk reduction and heart health-related benefits, this seed can also help with the gut health of a person. Not only is it beneficial for the body, but it is also versatile – and yummy enough- to be easily added to the diet of anyone.

One of the Oldest Crops

The flax plant is a famous cultivated crop with the scientific name of Linum usitatissimum. It is a multipurpose plant with its seed used for food and natural medicine, while its fiber is for making textiles such as underclothes and table linen. Flaxseed also goes by the name “common flax” as well as “linseed”.

This plant, often considered as a superfood, dates way back and is one of the oldest fiber crops in the world. In fact, in some of the tombs of the pharaohs, flax linen was found after excavation.

Did you know that 13 centuries ago, a king made a law about eating flaxseed?

King Charlemagne of the Frankish Empire made his subjects eat flaxseed after his strong belief in its health benefits. 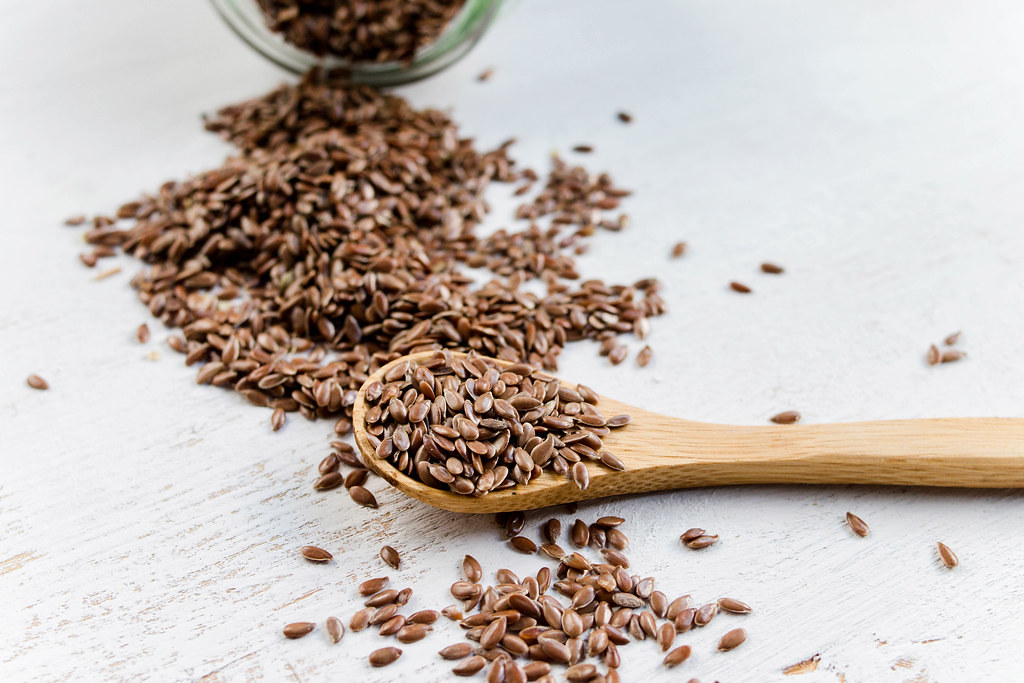 Where is Flaxseed Now?

Flaxseed is now used as an ingredient of various frozen food such as waffles and oatmeals. Last 2010, around 300 flax-based products were launched in both the United States of America and Canada.

You can get flaxseed in different forms such as whole, oil, tablets, powdered, flour or capsules. This seed is also fed to chicken so that they produce eggs with higher Omega-3 fatty acids, a major beneficial component of flaxseed.

The health benefits of this amazing seed are mainly attributed to three components: Omega 3 essential fatty acids, lignans, and fiber.

You might be thinking, ‘that’s all?’ Well, not really.

Now that’s a mouthful! Now we’ll only focus on the top three known components of flaxseed.

This is the kind of fat that you’d love to have inside your body since it is known for having a good effect on the heart. With that said, flaxseeds are rich in Alpha-linolenic acid (ALA), a plant-based fatty acid.

Recommend this to your vegan friends as an alternative to eating fish oil!

Flaxseed has lignans that are around 800 times more than other plant sources. This lignan is known for its antioxidant and estrogen properties.

Now, the most relevant top component of flax for the gut is fiber. Flaxseed has both the soluble (around 20-40%) and insoluble fibers (around 60-80%). These dietary fibers aid in bowel movement.

Fibers and the Gut

Fiber is often associated with bowel movement. The combination of soluble and insoluble fibers in the gut helps with the regular bowel movement of an individual.

Both fibers get fermented by the local bacteria ecosystem in the gut, then they do their magic. They act as a push and pull mechanism for the bowel to pass through.

The soluble fiber, meaning that it can be dissolved, slows down the speed of digestion by increasing the consistency of the intestinal contents. And then, the insoluble fiber traps and binds water to the poop. This action increases the bulk and makes the poop softer.

This effect of the insoluble fiber is especially important for those with irritable bowel syndrome, diverticular disease, and in preventing constipation.

This irregular bowel movement causes hard and lumpy stool, which also varies in size. It is commonly caused by a poor diet, mainly lacking in fiber and fluids. Some people experience constipation for only a short time period, while others have chronic constipation which can affect their quality of life.

Treating constipation involves lifestyle and dietary change, like increasing fiber and water consumption. This is particularly difficult for people that do not like to eat fruits and vegetables. Good thing there are other sources of both the soluble and insoluble fibers, such as flaxseed. Laxatives are also an option, but having a lifestyle and dietary change is more sustainable in the long run.

Flaxseed in My Diet 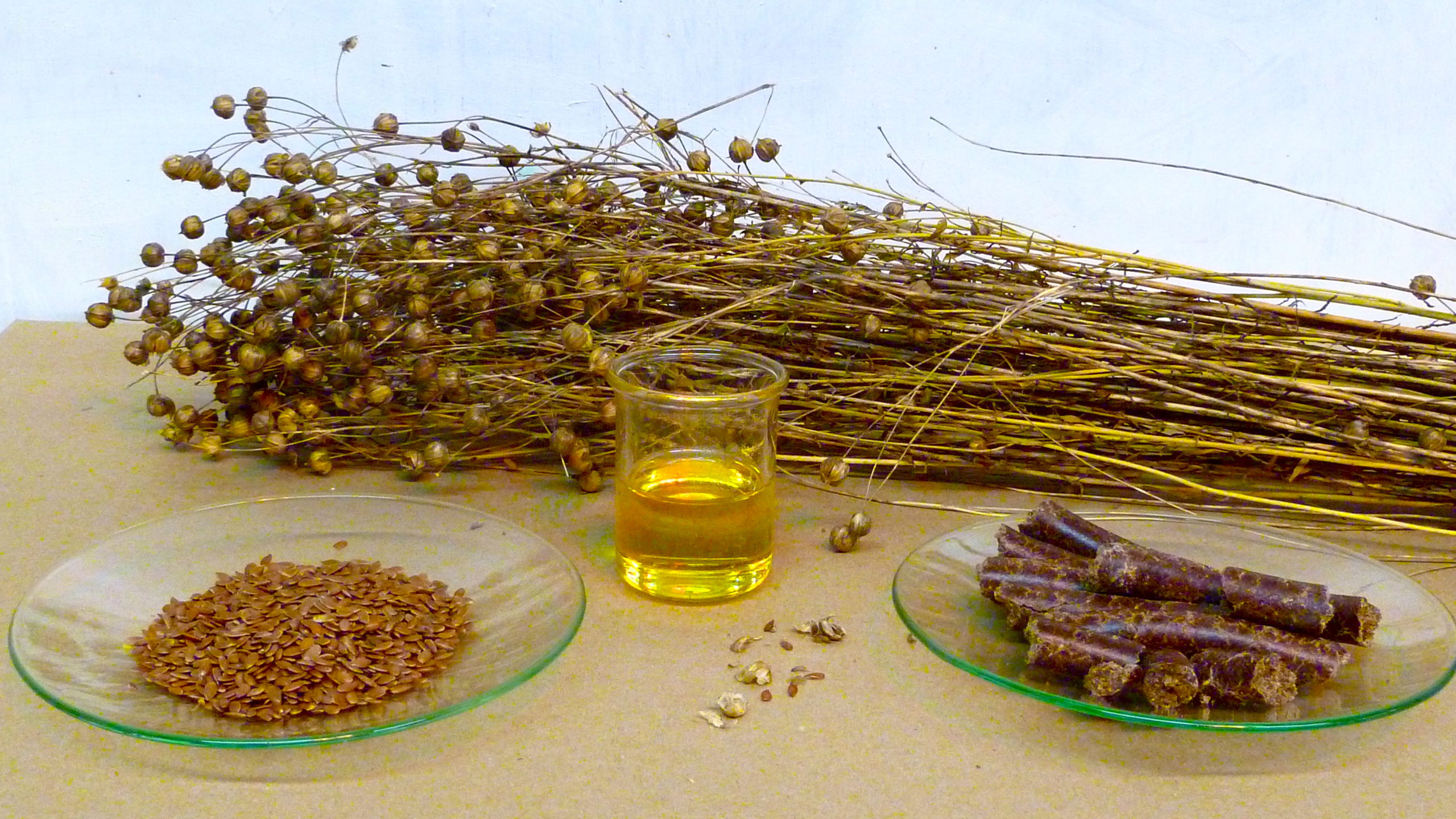 Here’s the fun part – how to include flaxseed in your diet. Here are some tips and tricks for your flaxseed eating habits.

There is no such thing as one superfood that serves as a cure-all. Everything must be eaten in moderation and sometimes, with precaution. Since flaxseed can bind water, it must be consumed with plenty of fluids, or else, it will do more harm than good.

Eating raw and unripe flaxseed may also be toxic so do not eat those. Also, too much flaxseed can cause flatulence, bloating, abdominal pain, nausea, more constipation, or even diarrhea. So remember to keep it less than 5 tablespoons a day, no matter how good it gets. In fact, USDA approves up to 12% flaxseed to be used in food.

Another precaution is for pregnant and breastfeeding women. Phytoestrogens from phytosterols and lignan may affect the hormones and even breast milk. The same goes for those under hormone therapy and birth control pills.

Flaxseed is really healthy food to incorporate into the diet for a hassle-free, healthy gut. Not only can you add a yummy source of texture to your meals, but you can also help your gut because flaxseed does help constipation.