One of the most recognizable and popular cookies in the world today, Oreos were originally produced by the National Biscuit Company in 1912. The name Oreo was allegedly derived from the word “or”, the French term for “gold”, which was the supposed color of the original packaging.

The delicious white filling flanked by two distinctively designed chocolate biscuits slowly gained ground until it became almost everybody’s favorite snack. Devouring just one Oreo simply isn’t enough for most people. Several of the cookies have to be eaten in one sitting so that you could sometimes end up with certain digestive issues. Do Oreos cause diarrhea?

We all know that high-fat, sugary foods are difficult to resist but apparently, this famous cookie’s compelling taste can be explained by science. So what makes Oreos so irresistible?

According to a study done by Connecticut College, Oreos can be just as addictive as morphine and cocaine! Moreover, this cookie stimulates the brain’s ‘pleasure center’ even more than drugs do. Therefore, eating Oreo cookies can actually make us happier than crack! 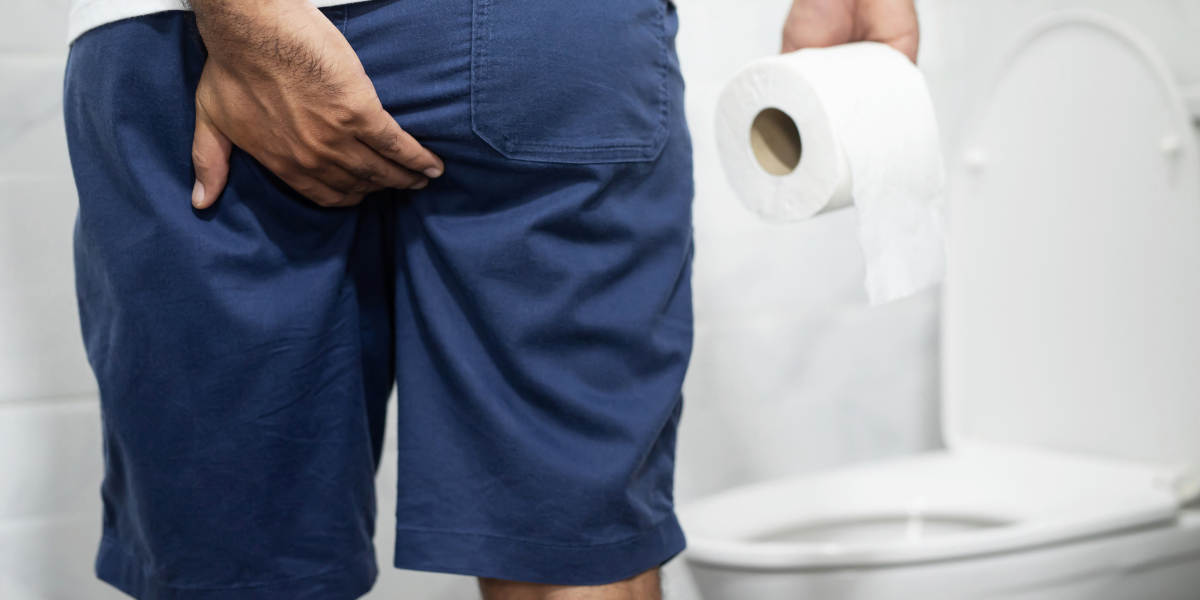 Diarrhea is a gut disturbance characterized by loose, watery stools more than three times a day accompanied by stomach cramps. It is often caused by a virus or bacteria that your body is trying to get rid of. Usually, diarrhea occurs for a day or two and then clears up without any long-term health issues.

However, eating certain foods can also bring about episodes of diarrhea. Some of these include spicy food, dairy products, and several types of vegetables.

Persistent diarrhea can put you at risk of dehydration and may cause electrolyte imbalance. In more serious cases, diarrhea can cause you to experience malabsorption, which leads to malnutrition.

The Ingredients Are To Blame

Have you experienced making a run for the toilet just a few moments after eating some Oreos? If you’re suspecting the cookies, you’re probably right!

When you suddenly experience digestive issues such as diarrhea or irregular bowel movement, Dr. Felice Schnoll-Sussman, a well-known gastroenterologist and director of the Jay Moynahan Center for Gastrointestinal Health in New York, advises recalling right away what you’ve been eating. Often, she says, you can be having an adverse natural reaction to some ingredients the food contains so better check the nutrition label.

6 Reasons Why Oreos Can Cause Diarrhea

Here are some ingredients of Oreos that may cause diarrhea in more sensitive individuals:

As mentioned in a previous article, coffee causes diarrhea because it stimulates the digestive tract largely due to its caffeine content. One common source of caffeine is chocolate. Any chocolate-flavored product, such as Oreos’ delicious biscuit, contains caffeine as well. Other food and drinks that have caffeine are colas, hot cocoas, energy drinks, and black or green tea.

Ingesting foods with high sugar content can lead you to develop diarrhea. Sugars trigger the gut to produce water and electrolytes, both of which cause loose bowel movement.

Around 40% of people suffer from fructose malabsorption which is a condition similar to lactose intolerance. Both stem from the body’s inability to fully absorb sugars like fructose and lactose.

Fructose is a natural sugar that is mostly found in fruits and vegetables. Unfortunately, it can also be found in high fructose corn syrup which is one of the ingredients of Oreo cookies. It is also present in Graham crackers and one of the reasons why Graham crackers may cause diarrhea. Once this undigested sugar arrives in the colon, bacteria ferments it so that gas, bloating, diarrhea, and other gastrointestinal disturbances ensue.

Fructose malabsorption is a fairly common condition that can be caused by certain circumstances such as:

Most people with fructose malabsorption will only have mild cases, others will experience more discomfort such as diarrhea and abdominal pain when they consume too much fructose. As a matter of fact, studies show that 75% of people who take in more than 40 to 80 grams of fructose will experience diarrhea.

Aside from cooking, palm oil is also used in several household products such as ice cream, toothpaste, ready meals, make-up, and baked goods. Moreover, it increases the shelf life of products. Unfortunately, palm oil is often very heavily refined which makes it difficult to digest so that you may end up with diarrhea.

Canola oil is widely used for cooking and is considered one of the healthiest cooking oils because it’s high in unsaturated fat and low in saturated fat. However, some people experience stomach pains after ingesting canola oil. This can be because they are unable to digest fat, have undergone mold exposure, or are allergic to canola oil, of which one of the symptoms is diarrhea.

Soy lecithin is an ingredient commonly used in processed foods such as cereal, bread, pasta, meats, sauces, soy and milk alternatives, and can also be found in health supplements. Generally, soy lecithin is considered safe for most people. However, it can cause some side effects to others such as nausea, fullness, abdominal pain, and diarrhea.

Wheat flour contains gluten, a type of protein that is commonly used in homemade and commercial baked products. Gluten is also an ingredient in flour that has rye, barley, triticale or spelt in it. It enables the dough to rise and form shapes and is responsible for the chewy texture of baked goods.

However, some people are gluten intolerant and unable to digest the substance properly. Common symptoms of gluten intolerance include bloating, diarrhea, constipation, and particularly smelly feces.

Oreos Can Make Your Poop Black 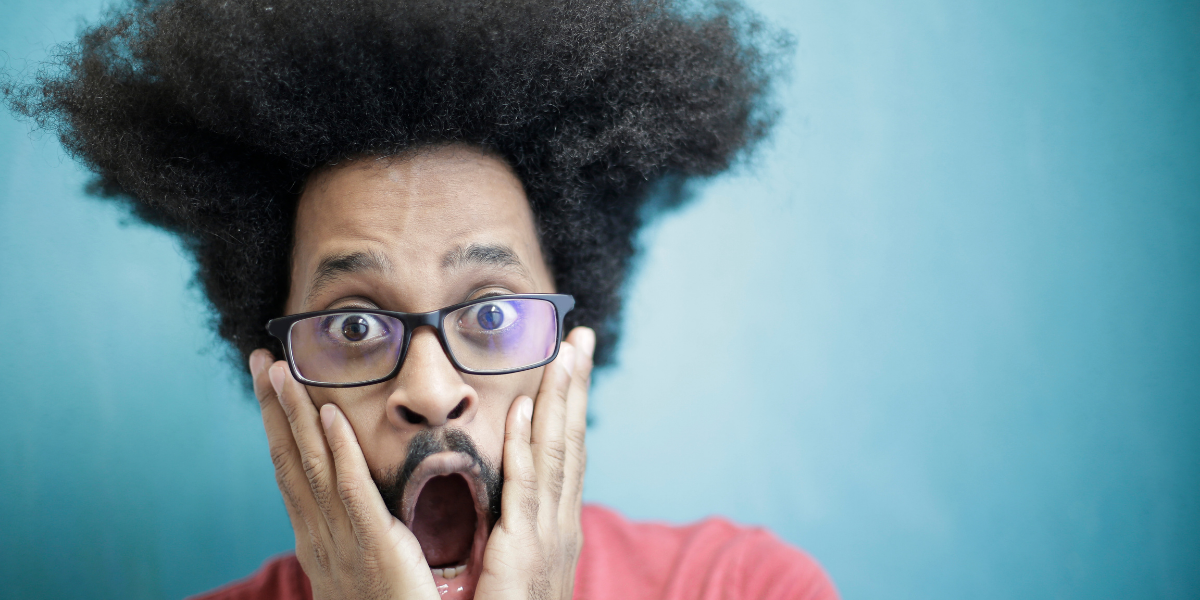 One possible drawback of eating Oreos is that they can make your stool turn black. Well, definitely a drawback if gazing at what you have just excreted can cause you to gasp in fright! This is because products made from dark chocolate, such as that pack of Oreos you’ve just consumed, can make you produce dark-colored stool. So next time you happen to pass black, watery poop, don’t panic because the culprit is probably just the Oreos.

There are two ways to eat an Oreo. One is to instantly bite into the three-layered cookie as a whole. The other is to twist the two chocolate biscuits apart so you can immediately get to the white filling.

But did you know that Oreos’ filling doesn’t contain cream, contrary to what one would expect? Since no dairy products are used in Oreo cookies, the FDA prohibited Nabisco to call their filling ‘cream’. They easily got around this dilemma by spelling it ‘creme’.

Although the lists of ingredients can be seen on the back of the package, there is no distinction between the contents of the cookie and those of the white center. Apparently, the filling is most likely made of palm or canola oil, sugar, soy lecithin, high fructose corn syrup, and artificial flavor –all of which can cause diarrhea on its own.

Oreos have been around for over a hundred years and don’t seem to show any signs of slowing down in their popularity. It seems that this famous snack will always be on most people’s grocery lists. However, if you ever find yourself prone to diarrhea and other gastric disturbances, better keep yourself far, far away from this delicious cookie confection!