5 Reasons Graham Crackers Can Cause Diarrhea

Graham crackers... they're delicious and great for gingerbread houses, S'mores, or just eating all by themselves. But, can Graham crackers cause diarrhea?

The truth is they can, although unlikely.

The recipe for Graham crackers was first created in 1829 by Sylvester Graham, but was not anything like the sweet snacks that you find at the grocery stores today. In fact, Mr Graham was a bit of a health nut and would probably be appalled with what the crackers have evolved to become.

Nowadays you find many different brands with products labeled "Graham crackers". We have Nabisco, Keebler, Honey Maid, Annie's and others... and while they are all very similar they do contain different ingredients/formulations.

... these are some of the more common varieties you will find.

For the sake of simplicity, let's take a look at 3 popular Graham cracker products on the market and see what could be the cause for diarrhea... 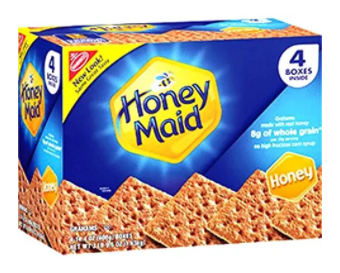 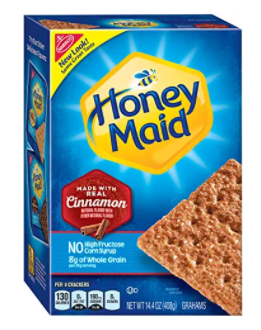 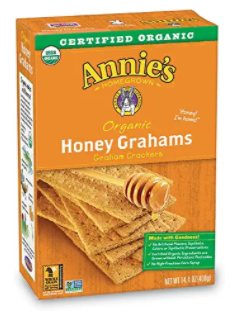 The nutrition facts are virtually the same, but ingredients differ. So let's take a look at these and then go over 5 potential reasons they might be a problem. 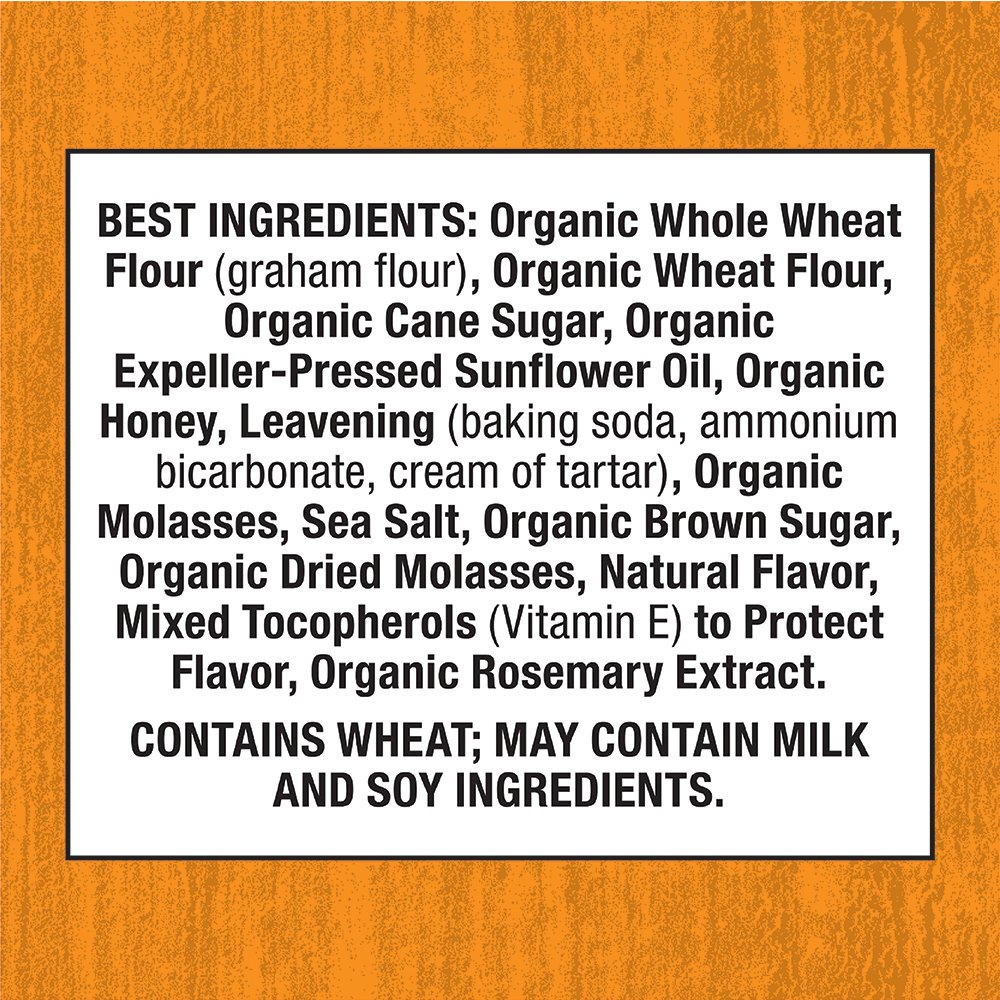 5 Reasons They Can Cause Diarrhea

Its Not the Fiber or Artificial Flavor

Getting too much fiber, in particular insoluble fiber, is one of the most common causes of diarrhea.

Low fiber foods stimulate the bowel less. This is why our list of foods for diarrhea (which you might want to consider eating if you have diarrhea) are all considered low in fiber.

Graham crackers generally have low dietary fiber amounts. As you can see in the nutrition facts listed above, all 3 products only have 1-2g per serving. Over-consumption is always a potential problem, but as long as you aren't eating entire boxes at single sittings, fiber likely won't be a concern.

And it's likely not the "artificial flavor" (as listed in both Honey Maid Graham cracker products) causing the diarrhea either.

Although the word "artificial" is enough to scare many people away from purchasing certain food products, these artificial flavors go through strict testing and are deemed by the FDA (in the US) to be safe for the intended purposes. They often go through more rigorous testing than natural flavors... so are sometimes actually more safe for consumption.

So... let's move on to some more likely causes of diarrhea that could come from Graham crackers (in no particular order)...

#1- Soy Lecithin Is Known to Cause Problems

Not all Graham crackers contain it, but a lot do. Both of the Honey Maid cracker varieties shown above have the ingredient Soy Lecithin listed, as did BOOST drinks in a recent review we carried out. This is commonly used as an emulsifier, and won't cause any problems for most people but can for some... symptoms such as stomach aches and diarrhea even when consumed in normal doses.

You may have never heard of it before, but chances are you are already consuming such. Soy lecithin is found in ice cream, dairy products, breads, and more. And not only did GMO Compass find that soy lecithin often contains modified soy, but the way most manufacturers extract the needed ingredients is done with use of non-natural chemicals.

There is still some controversy surrounding the actual negative side-effects of the substance, and they are likely blown out of proportion at times, but it is nonetheless one potential ingredient often contained in Graham crackers that could lead to diarrhea.

It is believed by some that the problems arising from soy lecithin consumption could be due to soy intolerance or allergies rather than a problem with soy lecithin in particular.

Besides Graham crackers containing soy lecithin they also often are made with soybean oil... two sources of soy.

An intolerance to soy means that your intestines don't produce the needed enzyme to digest soy proteins properly, which leads to irritated and inflamed intestines. An allergy is more severe and is a problem where the immune system sees the proteins in soy as a threat and mounts an immune attack. Both can result in diarrhea but an intolerance will only affect the GI tract whereas an allergic reaction might be accompanied by swollen mouth and throat, rashes, shortness of breath, runny nose, and others.

Soy allergies are much more common at younger ages and are normally outgrown, but some people carry them on into adulthood.

Unless you find Graham crackers that specifically state they are "gluten-free", chances are that they have gluten, which is a type of protein found in wheat, barley, and rye. If you look at the ingredient lists above you will see that all three types of crackers contain wheat flour. This is where the gluten is coming from.

Now the questions of how much gluten Graham crackers actually have is unknown and will vary, but it doesn't take much at all if you are highly sensitive to it.

Those with celiac disease have the most extreme case of gluten intolerance. Celiac disease is an autoimmune disorder where gluten triggers an immune response that causes an attack on the lining of the small intestine. Statistics vary some but it is thought to affect about 1% of the population in the United States.

Non-celiac gluten intolerance, aka gluten sensitivity, is the name for the condition affecting the other group of people who will experience problems consuming gluten. This condition is much less known, but it is known to occur in people who test negative for celiac disease. According to Healthline it is estimated that anywhere from 0.5 - 6% of the global population have it.

Symptoms for either group of those with some form of gluten intolerance include bloating, cramping, constipation, diarrhea, etc.

#4 - Molasses is known to have a laxative effect

Molasses is only listed as an ingredient in the Annie's Organic Honey Grahams product shown above, but there are lots of other products out there that sweeten their crackers with it.

It can be a tasty constipation remedy (as mentioned in Reader's Digest) but can also lead to diarrhea if consumed too much.

While the amount of molasses in Graham crackers is unlikely to cause any problems, people that are already ingesting high amounts of it and other sugary substances may be more susceptible to digestive issues and loose stool.

Fructose... it's a natural sugar that is found in fruits and vegetables... and it is also found in honey and high-fructose corn syrup (of course), both common ingredients in Graham crackers.

Fructose intolerance (aka malabsorption) is actually pretty common. Although most people with the condition will have very mild cases, some will experience symptoms from abdominal pain to diarrhea when consuming too much... and about 40% of people have it!

The problem is that fructose is particularly hard for the body to digest and absorb, which leads to it making its way to the colon where bacteria ferments it... causing gas, bloating, and sometimes diarrhea.

*This is a common reason why watermelon, grapes, strawberries, etc. can lead to diarrhea.

But Will They Cause Diarrhea?

While all that is listed above are potential causes of diarrhea, it is unlikely for most people to have any such side-effect after eating Graham crackers by themselves (s'mores and Gingerbread houses are a different story). Chances are low based on the ingredients and low dosages of those that are potential causes.

In fact, Graham crackers are actually listed as a food to calm diarrhea on LiveStrong.com. This is mainly due to the fact that they are low fiber and, generally, easy on the gut.

So don't stop eating your favorite cracker just because it has potential to cause frequent trips to the bathroom. It isn't at all likely.

And if you do strongly believe that they are the cause then you could always do a quick & easy elimination diet (stop eating them and reintroduce them; see if any difference) to find out further.

Now it's your turn: What has your experience with Graham crackers been like? Let us know in the comment section below...