Similar to regular yogurt, Greek yogurt’s rich taste and creamy texture makes it a versatile ingredient to add to pasta, salads, and dips. It can also be eaten by itself. Yogurt can be used for smoothies and also as a substitute for mayonnaise and sour cream.

Greek yogurt provides a host of health benefits, primarily to the digestive system. Usually, creamy and high-fat foods should be avoided by people with liver problems, but is Greek yogurt good for fatty liver? Read on and find out! 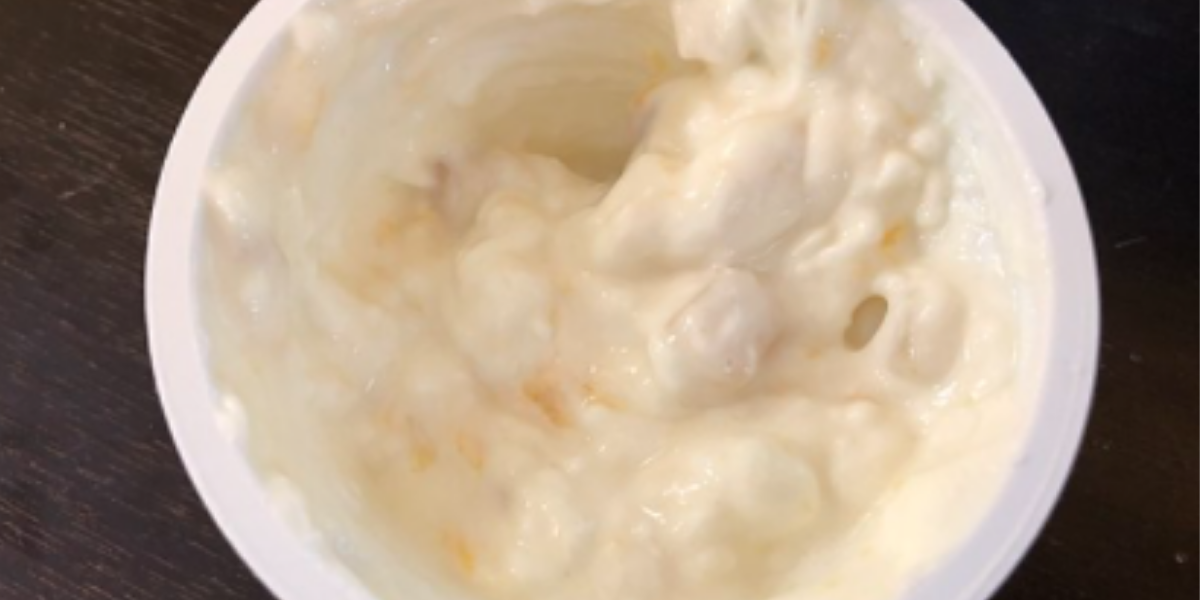 One surprising thing about Greek yogurt is that it’s not even Greek! The earliest yogurt came from Bulgaria around 4000 years ago and the first documented records were traced back to the 5th century B.C. with the writings of Herodotus. However, the process of straining the whey out of the yogurt, which turned it into the ‘Greek’ variety, actually began in the Middle East.

In Greece, this type of yogurt is called ‘straggisto’ which simply means ‘strained yogurt’. The term ‘Greek yogurt’ was coined by Fage, a Greek company that first introduced this recipe of strained yogurt to Europe in 1981 as a marketing scheme to differentiate it from the regular yogurt in the US. The company hoped to deviate sales towards this creamier and more protein-dense product in a bid to capitalize on the well-known health benefits of the Mediterranean diet.

Here is the nutritional value of a 32 oz.(907g) container of Plain Greek Yogurt with the % Daily Value based on the recommended 2000 calories per day diet:

One way to tell if your greek yogurt is probiotic is to check for the words ‘live and active cultures’ in the container. As seen from the ingredients, Great Value Plain Greek Yogurt obviously has probiotics. It offers the same benefits to the digestive system as do other probiotic foods like kefir, kombucha, or kimchi. 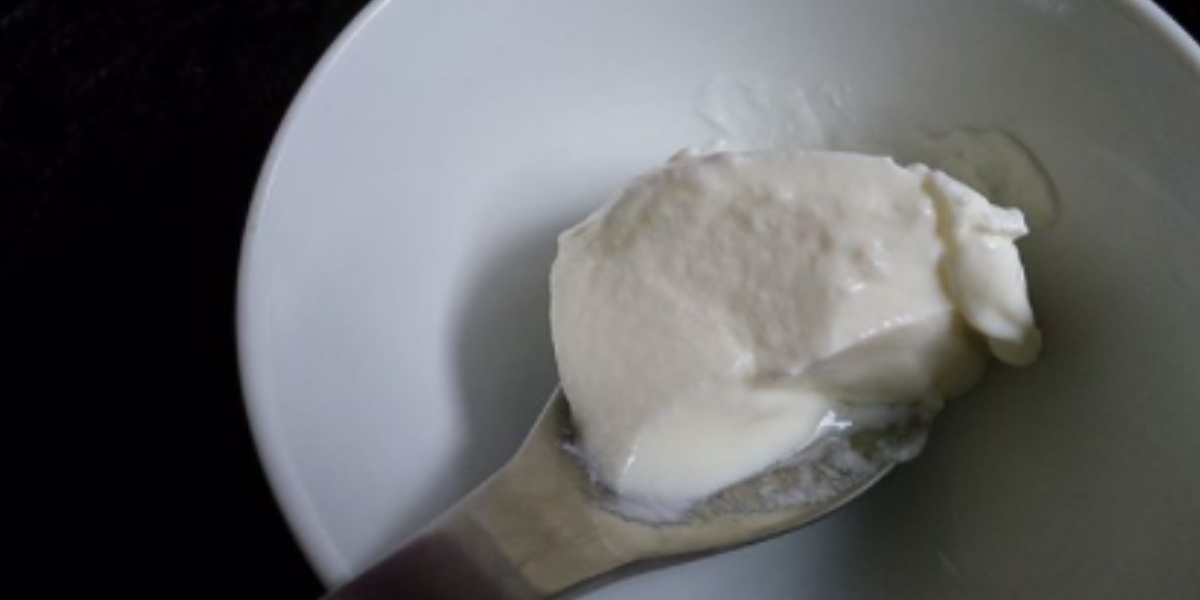 The amount of sodium intake should be reduced due to risks of increasing blood pressure and developing heart issues. According to the USDA’s food database, Greek yogurt has 50% less sodium than regular yogurt.

Greek yogurt has high protein content which means that you will feel full longer. One 6-ounce serving of Greek yogurt contains 15 to 20 grams of protein while the same amount of regular yogurt merely contains 9 grams.

Although Greek yogurt is not totally lactose-free, the fact that it contains less sugar means that it also has less lactose compared to regular yogurt making it easier on the stomach.

Greek yogurt has lower calcium content than regular yogurt because some of the nutrients have been removed during the straining process. 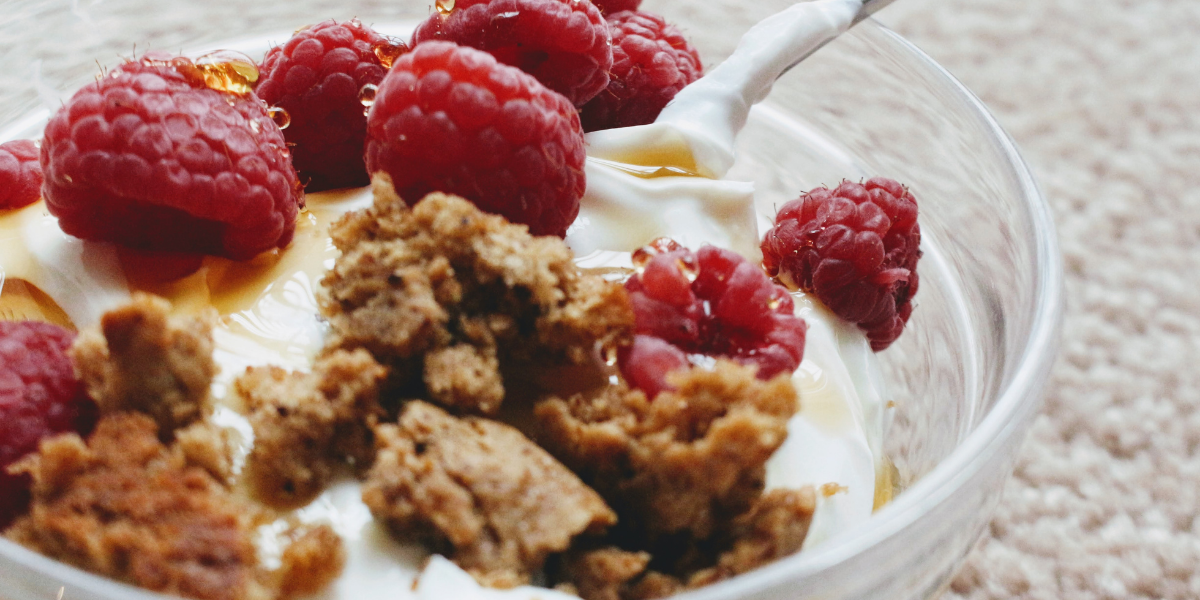 If you’re searching for a good source of probiotics, yogurt always comes to mind. Probiotics are simply beneficial bacteria that help you achieve a healthy gut. They can be found in certain probiotic foods and Greek yogurt is one of them.

Since the liver is one of the solid organs of the digestive system, the question follows whether Greek yogurt will also be beneficial to fatty liver which is an excessive accumulation of fat in the liver. As a rule, people diagnosed with fatty liver disease are told to avoid creamy high-fat foods, and Greek yogurt happens to be especially creamy. So what’s the real deal?

Here are some of the reasons why Greek yogurt may be good for fatty liver:

Research has shown that gut microflora plays a significant role in achieving optimal liver cell function. Since yogurt is made from the fermentation of milk with bacteria, it has the potential to improve gut microflora.

According to a clinical review published in the February 2013 edition of Hepatitis Monthly, findings indicate that non-alcoholic fatty liver disease (NAFLD) is associated with alterations in the intestinal microflora. In order to provide variations in consistency and taste, an average of 2 to 6 different strains of beneficial bacteria (probiotics) were contained in the yogurt given to the test subjects.

Similarly, the results of another study published in December 2014 by the Journal of Dairy Science revealed that the consumption of yogurt containing probiotics minimizes the risk factors for fatty liver disease.

The research participants who were all diagnosed with NAFLD were separated into two groups. One group was asked to consume 300 grams per day of yogurt containing probiotics while the other group was asked to consume the same amount of regular yogurt. They discovered that those who consumed probiotic yogurt had a significant reduction in body mass index, weight, and serum insulin levels which are all risks for NAFLD.

The metabolism of carbohydrates (sugars) is one of the functions of the liver which directly affects the formation of excess fats in it. When you eat carbohydrates, it causes your blood sugar to rise which also triggers an accompanying rise in insulin levels. An increase in insulin alerts the liver to begin storing the excess glucose.

Once the liver is full, it turns the excess carbohydrates into fat which then begins to accumulate in the liver cells. Greek yogurt contains fewer carbohydrates which minimize the chances of this happening.

The digestion of lipids (fats) is another function of the liver which impacts the formation of excess fats. Likewise, when you consume more lipids than the body can utilize for energy, the liver stores the excess lipids as body fat which begin to gather within the liver as well.

When this happens, fatty liver begins to develop which is the first stage of NAFLD. For this reason, it is advised that only the non-fat or low-fat varieties of Greek yogurt should be consumed to reduce fat intake. 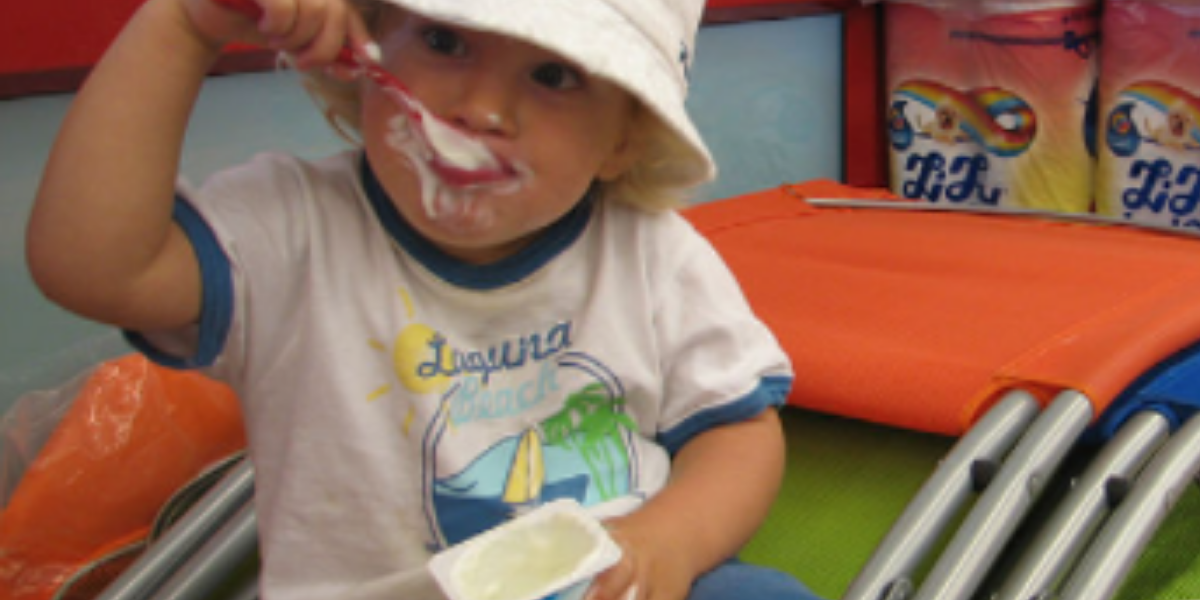 To cap it off, the specialized process of creating Greek yogurt through straining had given it more consistency and thickness without additives, artificial flavors, preservatives, and thickeners. Generally, the composition of Greek yogurt has made it healthier compared to other yogurts. Including a moderate amount of Greek yogurt in your diet can help you enhance overall health and well-being. Is Greek yogurt good for fatty liver? Yes, it is, and a lot more!