Can Almond Milk Cause Diarrhea? – 4 Reasons Why It Can!

If you have an intolerance to animal milk or are a vegan who avoids dairy products, healthy but plant-based almond milk is one of the best substitutes you can find. Almond milk has a creamy texture and nutty flavor and contains all the essential nutrients that cow’s milk has.

However, an almost perfect animal milk substitute is still bound to have its drawbacks, right? Can almond milk cause diarrhea? Read on to find out the answer. 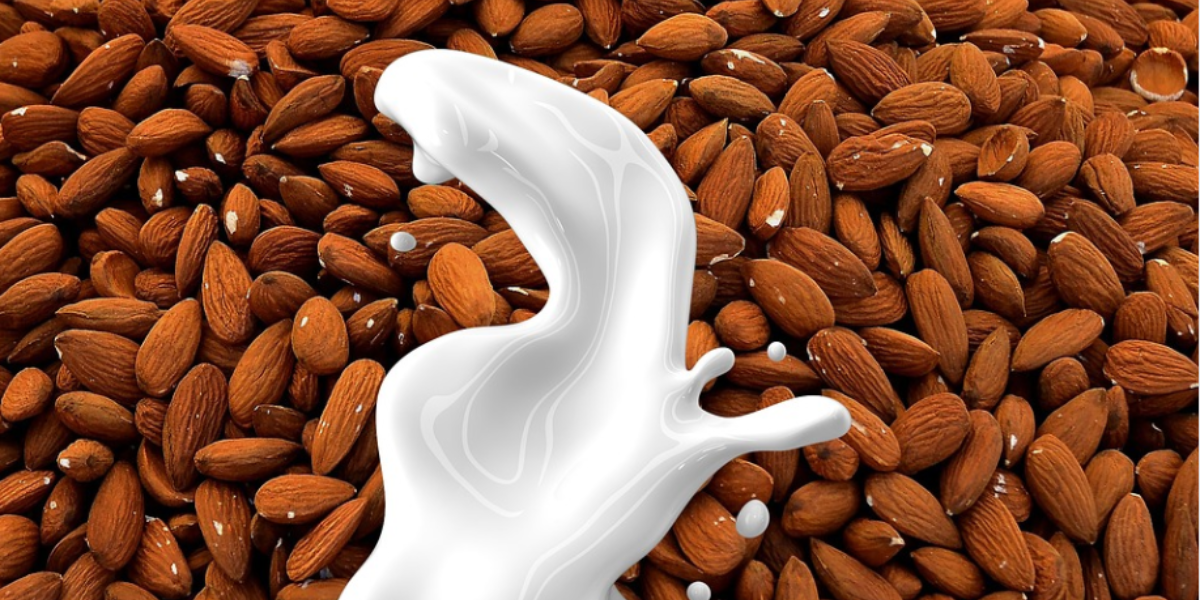 The history of almond milk began centuries ago when a 13th-century cookbook in Iraq described in detail how to create alternative milk. There was also a 14th -century Egyptian cookbook that extensively explained how to use almonds and almond milk. Almond milk is made from water-soaked ground almonds which are native to the Middle East.

Almond milk was first introduced to Southern Europe more than 1000 years ago. During Medieval times, it was widely used during Lent as a substitute for dairy milk and was also included in recipes for children as it was easier to digest.

Almond milk is one of the most popular non-dairy milk alternatives due to its tasty flavor and considerable nutritional value which includes calcium, proteins, vitamins, and minerals. And yet it is low in calories, carbs, and fats! Aside from being a refreshing beverage, almond milk is also used for cooking and baking.

Depending on your preference, almond milk can be consumed in the morning or at night. However, it is better to consume it in the morning in order to reap its full health benefits such as:

It is also best to drink almond milk at room temperature although you can warm it at low to moderate temperatures. Heating almond milk to high temperatures can negatively affect its nutritional content.

Can Almond Milk Cause Diarrhea? 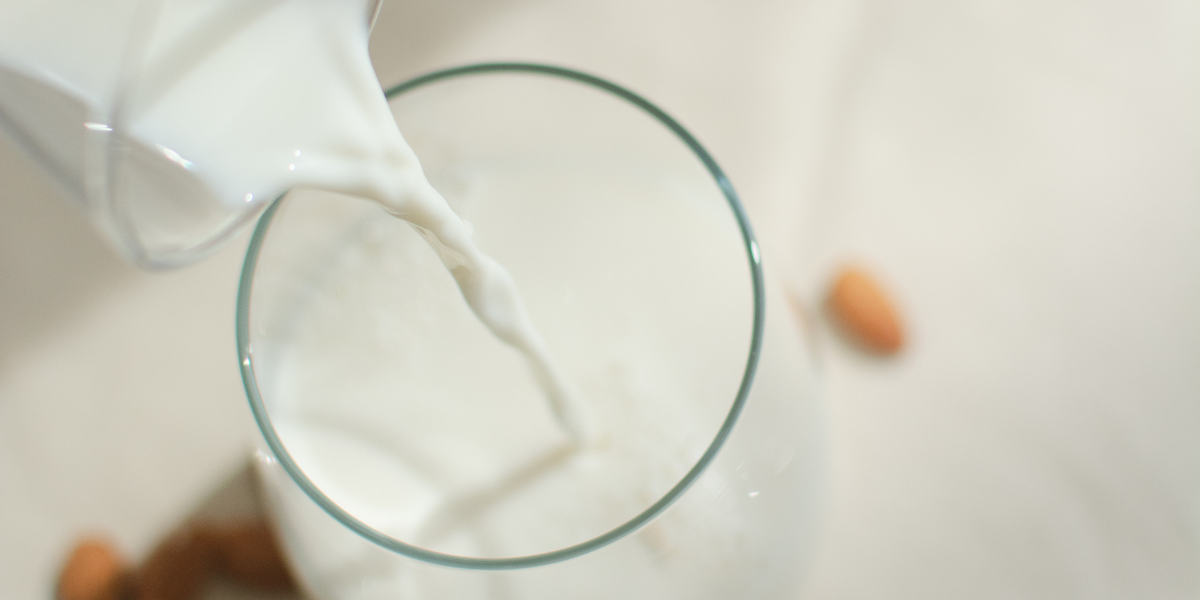 All of its numerous touted health benefits have made almond milk an extremely popular drink. However, one of the most common side effects of almond milk consumption is gastrointestinal upset. Can almond milk cause diarrhea?

If you were to check the nutrition label on most commercial almond milk brands, you are likely to see the following ingredients, all of which are prone to cause diarrhea:

According to certified dietitian-nutritionist Gina Keatley, CDN of Keatley Medical Nutrition Therapy in New York, “Many commercial almond milks contain additives such as sugar, salt, gum, lecithin, and flavors. And carrageenan as an additive can cause GI distress.”

Carrageenan is a thickening agent derived from red seaweed that is often used in a wide range of dairy products such as yogurt, cream, and cheese. However, it is also considered the culprit in many digestive symptoms experienced after drinking packaged almond milk.

Carrageenan has noticeable laxative properties. Gastroenterologist and director of the Jay Moynahan Center for Gastrointestinal Health Felice Schnoll-Sussman, MD says that “If you eat a large amount, it seems to pull a lot of water into the intestine,” just like the way actual laxative medications do. When there is too much water in the intestine, diarrhea occurs.

Guar gum is made from the guar bean or Indian cluster bean and is rich in fiber. It is often used as a substitute for gluten as well as a thickening agent in many food, medicine, and personal care products, including almond milk, soups, ice cream, yogurt, and fiber supplements.

Unfortunately, excessive intake of guar gum can cause adverse reactions, too. Guar gum contains soluble fiber which is needed for digestion and helps regulate bowel movements. However, excessive intake of fiber, particularly if suddenly and over a short period of time, can lead to gastrointestinal issues such as bloating, flatulence, and diarrhea.

Another rare but harmful effect of guar gum that can be potentially dangerous is that a large amount of the gel-like substance in the GI tract can cause obstruction of the esophagus and intestines. However, studies reveal that doses of up to 15 grams of guar gum have had no significant effects.

Soy lecithin is a very common additive made from soybean oil extracted from raw soybeans by using a chemical solvent. It is generally used as an emulsifier, lubricant, antioxidant, and flavor protector when added to food.

Soy lecithin is often contained in dietary supplements, dairy products, bread, infant formulas, and other convenience foods. However, one of the most common side effects of soy lecithin intake is digestive problems such as abdominal cramps, nausea, stomach pain, and diarrhea.

Unlike the first three which are found in store-bought almond milk, calcium oxalate is contained in homemade almond milk. Oxalates are natural compounds that exist in many foods most of which are considered healthy.

Foods that contain the highest oxalates include almonds, dark chocolate, rice bran, spinach, miso soup, berries, sesame seeds, and many more. However, oxalates are not digestible and they pass through the GI tract virtually intact and contribute to common digestive problems such as gas, bloating, constipation, and diarrhea. 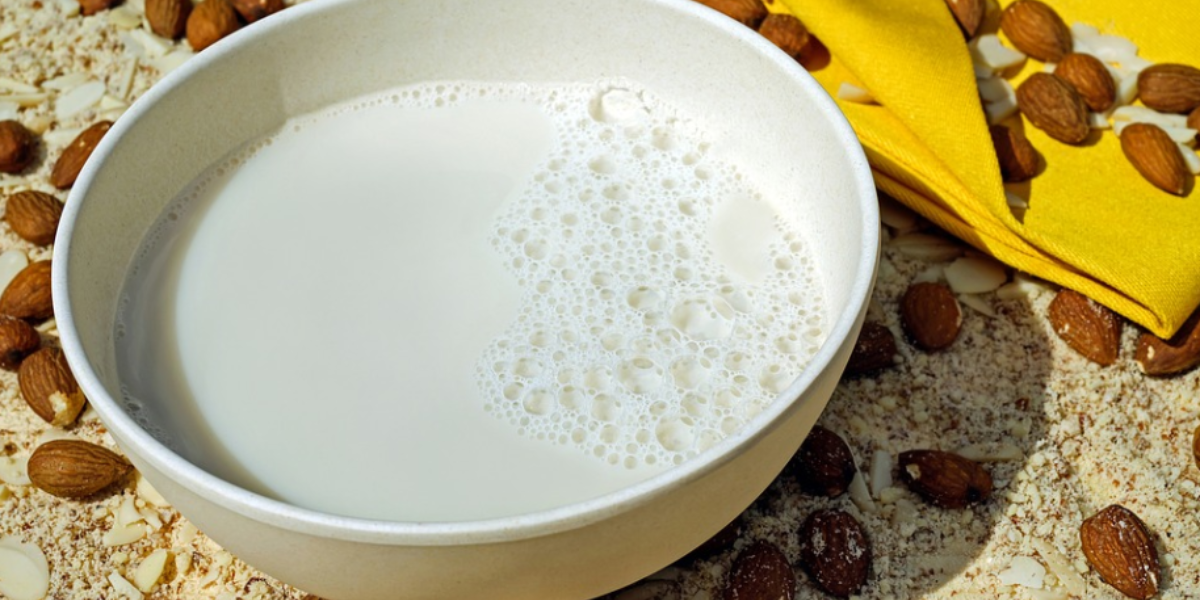 Almond milk can cause diarrhea due to some ingredients or compounds it contains. On the other hand, almond milk can also be good for diarrhea in people suffering from lactose intolerance.

Lactose intolerant people have trouble digesting lactose, a type of sugar contained in dairy milk. The undigested lactose passes through the GI tract where it is fermented by bacteria in the colon and causes bloating, diarrhea, and other digestive issues.

Almond milk, being dairy-free, does not contain animal products and their accompanying lactose so that diarrhea from lactose intolerance can be easily managed.

Side Effects Of Almond Milk

Almond milk can have some potential side effects and they are usually caused by overconsumption and sensitivity to almonds. Some of them are: 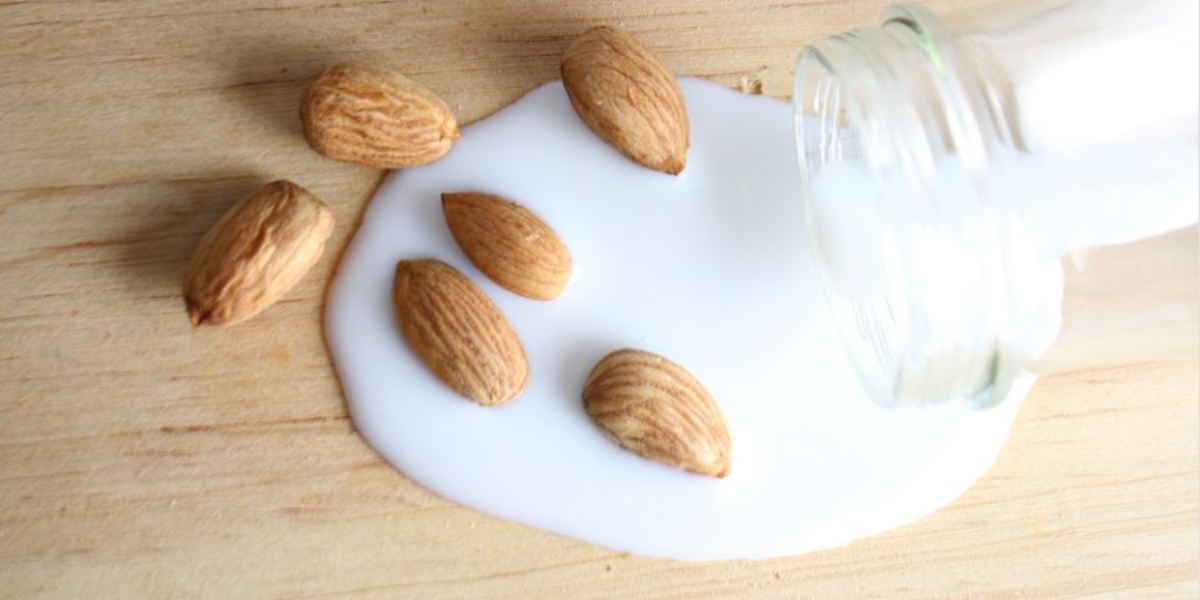 Almond milk is a popular milk substitute for vegans and for those who are allergic or intolerant to dairy products. It can be bought in most health food sections of groceries or you can just make your own at home if you have all the ingredients.

Almond milk is a good alternative to animal milk if you’re trying to avoid dairy products, provided that it is consumed in appropriate amounts. However, it should be avoided if you happen to be allergic to nuts. But can almond milk cause diarrhea? Yes, it can, and for several reasons.