Rice (Oryza sativa) is one of the major cereal grains and may be boiled to cook or ground into flour. Rice is great for balancing out flavorful main dishes, soaking up sauces, or accompanying soups and side dishes. No wonder it serves as a staple food for over 50% of the world‘s population! At present, the top producer of rice among the different countries is China, followed by India.

Rice is so convenient and easy to make. The basic ratio when cooking rice is 2 cups water to 1 cup rice placed in a pot or rice cooker to boil over medium-high heat. It serves as the main component in many Southeast Asian, Middle Eastern, and Indian cuisines. But does a rice diet for diarrhea work? Let’s find out. 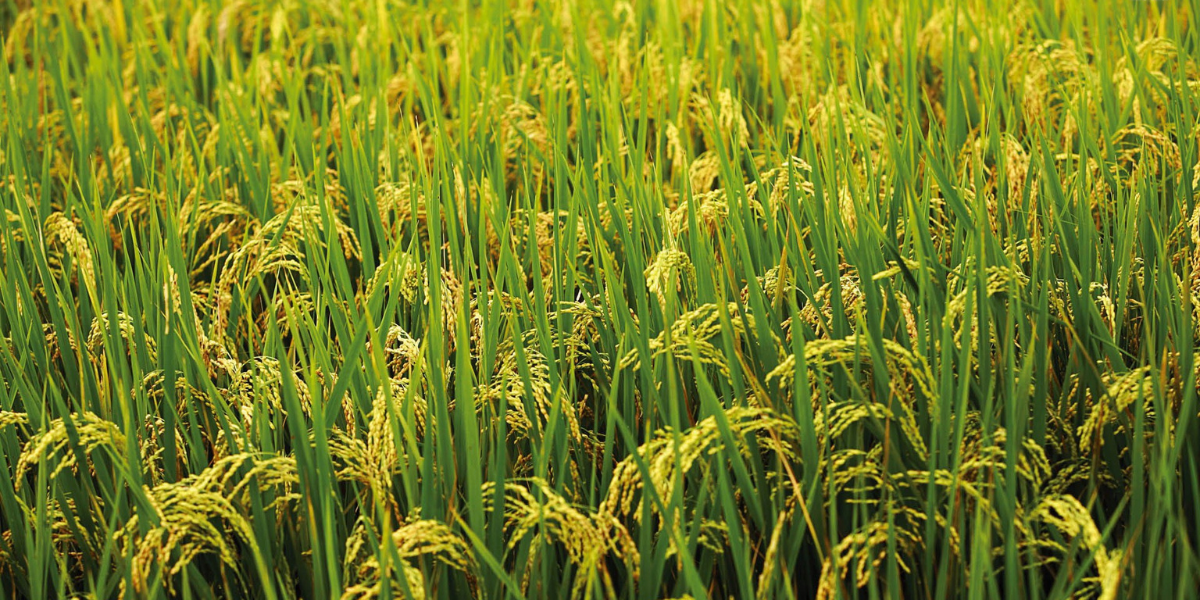 The earliest documentation of rice goes back to 2500 B.C. in China where it was grown as a source of food and for traditional purposes. From Asia, its cultivation spread to India, North Africa, the Mediterranean, and the rest of the world. Nowadays, rice is used as an ingredient in main courses, snacks, desserts, and alcoholic beverages such as Japanese sake.

At some point, some cultures began to crossbreed rice to get grains with steady coloration. There are around 120,000 varieties of rice today but they are mainly categorized based on their shape (long grain or short grain), kernel size, degree of milling, flavor, and color which is due to natural alterations in the grain’s outer layer. The basic types of rice according to coloration include: 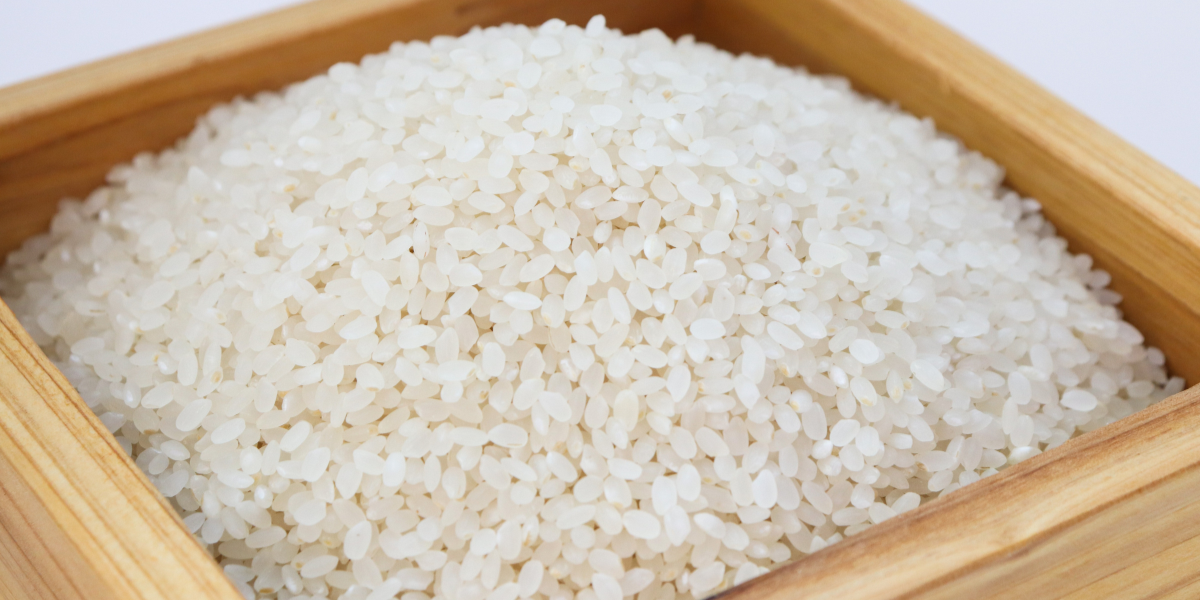 White rice has undergone milling which took out its husk, bran, and germ along with their accompanying nutrients. However, it is also because of this that white rice has a polished look, is low in fiber, is easier to digest, and stays longer in storage.

Brown rice covers a wide variety of rice in its whole-grain form. It is less processed than white rice and takes longer to cook. Although brown rice has its outer husk removed, it still retains the bran and germ which are chock-full of nutrients.

Red rice, being whole-grain, falls under the category of brown rice. Red is the natural color of wild rice and it has a red husk due to its anthocyanin content. Red rice may be eaten unhulled or partially hulled and has the highest nutrient value in comparison with other rice varieties.

Black rice, another deviation of brown rice, also gets its color from its anthocyanin pigments which give it a distinctly nutty and slightly sweet flavor. Black rice was known as ‘forbidden rice’ because it was once so prized in ancient China that it was reserved only for members of wealthy noble and royal families. 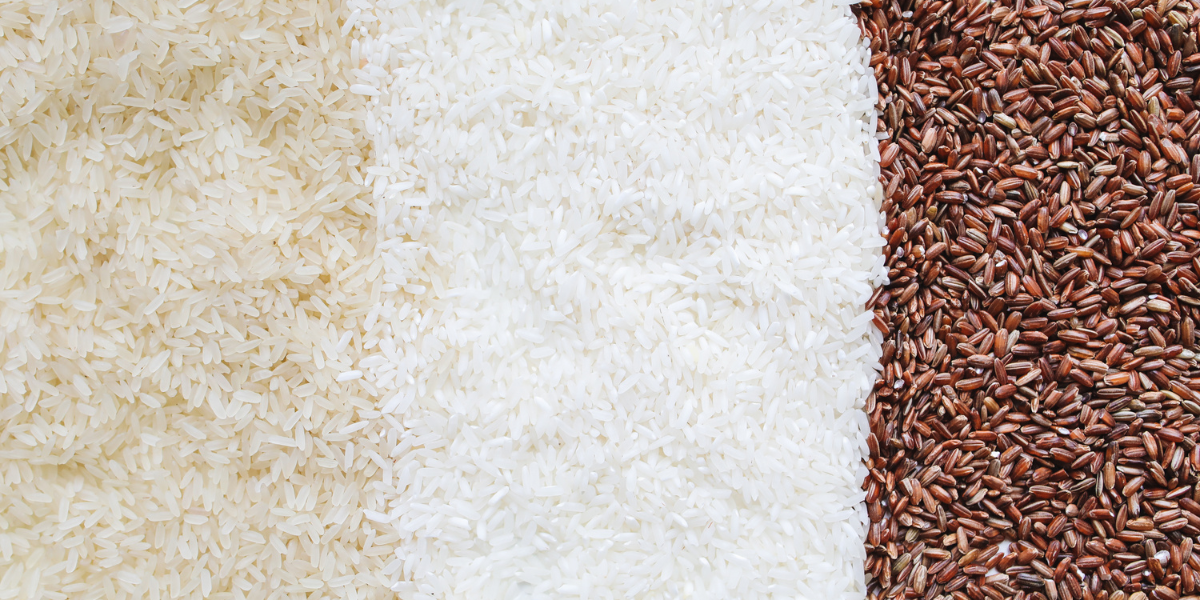 As for their nutritional value, both brown and white rice are mainly composed of carbohydrates and some protein, with very minimal or totally no fat or sugar. They also have similar carbohydrate, protein, calorie, and fat content.

Brown and white rice are basically the same grain that has just undergone different degrees of milling. However, since brown rice is still a whole grain with both its bran and germ intact, it has kept the most nutritious parts of the grain, unlike white rice which has been devoid of these nutrient-dense parts. Due to this, brown rice contains significantly higher amounts of fiber, antioxidants, vitamins, and minerals.

The difference in nutrient value is also the reason why brown rice and white rice may have different health benefits to offer such as the following:

Does A Rice Diet For Diarrhea Work? 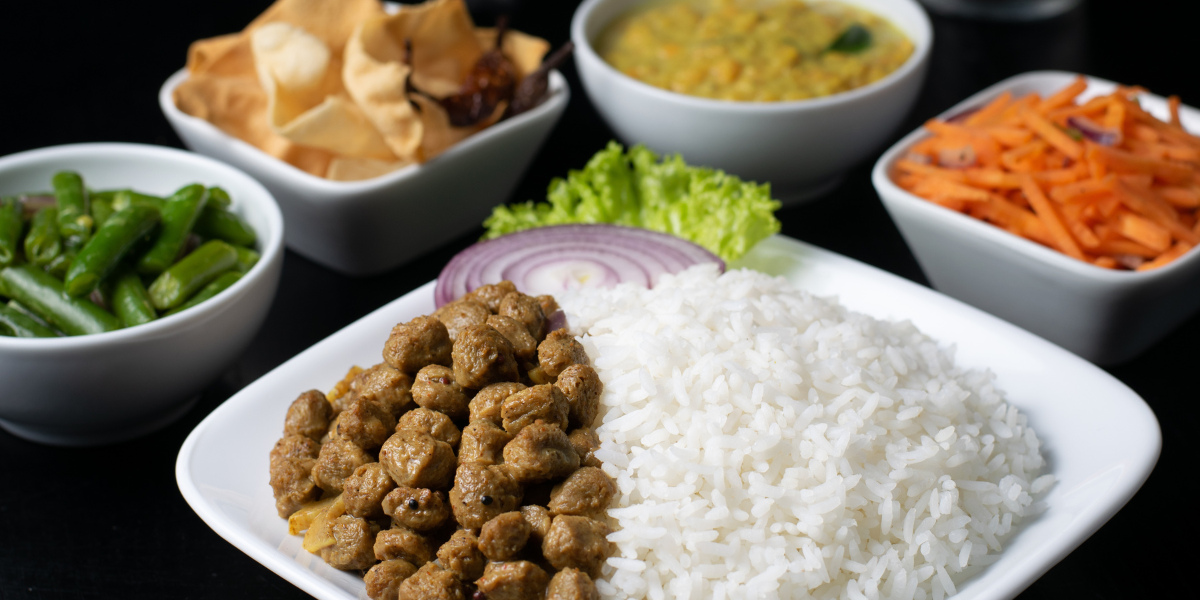 Speaking of health benefits, how about people who are suffering from digestive issues? Is it a good idea to follow a rice diet for diarrhea? Here are some reasons why it can be:

White rice has been processed so much that its husk, bran, and germ have been completely removed from its composition. Unfortunately, the lack of these components has also significantly reduced the fiber content of white rice.

However, the low fiber content of white rice has its own advantages. According to registered dietitian Andrea D’Ambrosio of Dietetic Directions and spokesperson with Dietitians of Canada, white rice is generally easy on the stomach for those suffering from diarrhea. She says, “The reason is because it is low in fiber which helps in not promoting bowel movements. This allows the bowel to form instead of promoting them to move.”

D’Ambrosio also recommends other foods that can help with diarrhea and they are oatmeal, psyllium husks, bananas, and broth-based soups.

When you have diarrhea, it is best to follow the BRAT diet because they are composed of soft bland foods that won’t aggravate your digestive system.

BRAT is an acronym for the foods that make up this diet which are namely Bananas, Rice (white), Applesauce, and Toast. The BRAT diet helps the stomach settle which eases digestive symptoms like diarrhea, nausea, and vomiting. However, doctors don’t recommend BRAT as much nowadays as the diet is considered to be over-restrictive and may cause nutrient deficiencies.

Aside from the BRAT diet, there are other foods good for diarrhea but an effective way to tell which ones work for you is to try the elimination diet to see whether a certain food triggers diarrhea symptoms or not. 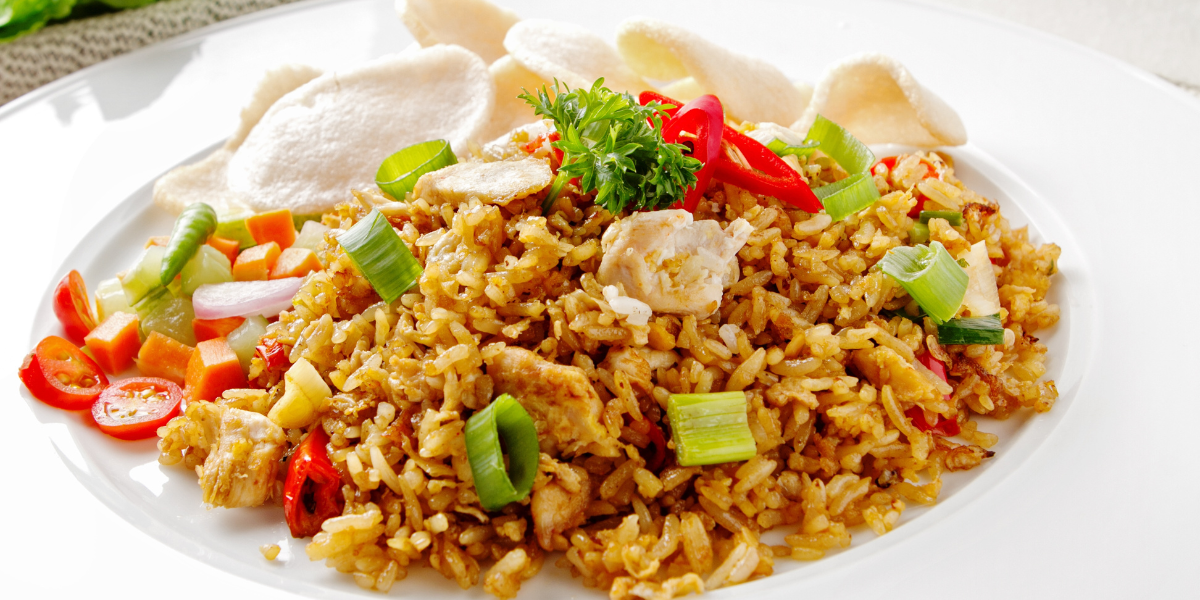 Most of the carbohydrate found in rice is starch. In particular, rice contains a soluble fiber called ‘resistant starch’ which increases the levels of butyrate in the gut. Butyrate is a type of fatty acid produced after the fermentation of dietary fibers by the gut microflora. Butyrate improves gut health by supporting optimal gut barrier function, reducing inflammation, and decreasing the risk of colon cancer.

So what happens when the gut barrier efficiency is reduced? According to research published in March 2021, impairment of the gut barrier function, disruption to the microbiome, and gut inflammation have been associated with a variety of chronic diarrheal diseases such as diarrhea-predominant irritable bowel syndrome (IBS-D) and functional diarrhea. Butyrate helps prevent these digestive conditions from occurring by improving the gut barrier function. 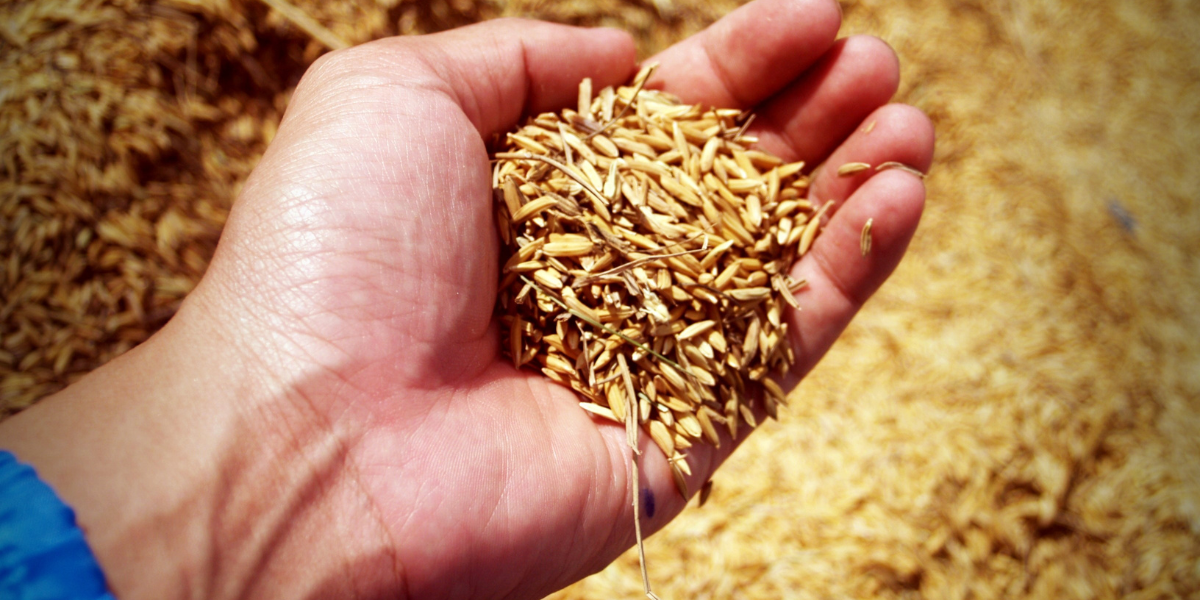 Is rice good for diarrhea? It depends on the variety. One of the advantages of white rice is that it is easy to digest which lessens the possibility of you having digestive disturbances. Unfortunately, brown rice may trigger the opposite response as it can be difficult to digest.

Although white rice has been stripped of its husk, bran, and germ, brown rice has retained its bran and germ minus the outer husk. This makes brown rice high in fiber. Foods that have high fiber content can worsen symptoms of diarrhea. The bran and germ also aggravate the gut which can bring on digestive issues like diarrhea, constipation, and bloating. 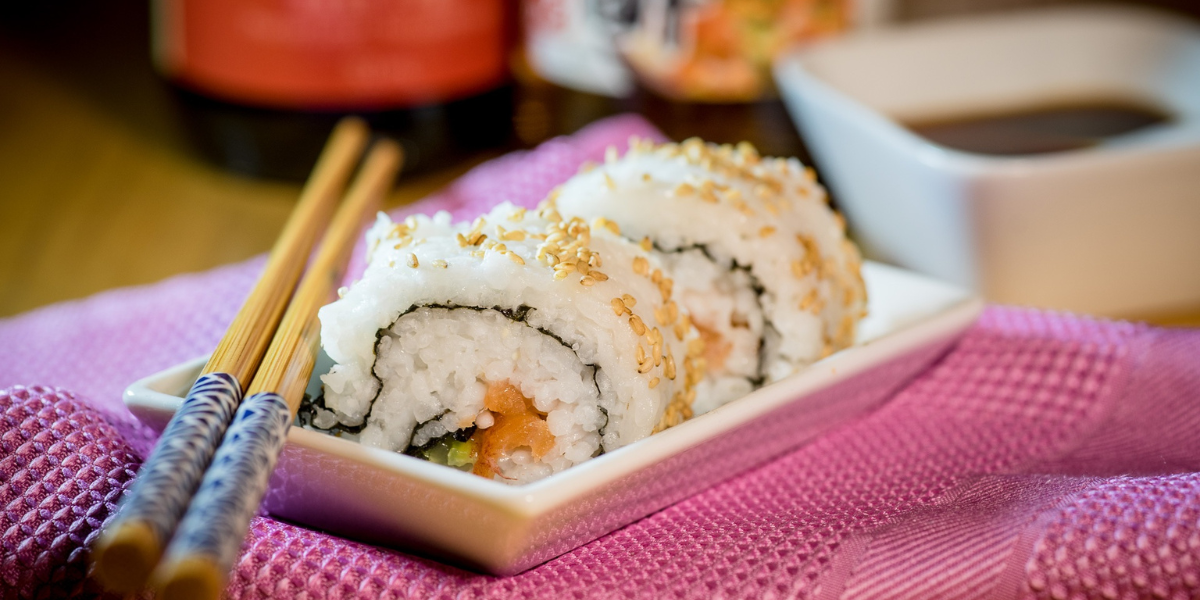 Your diet can be both the cause and the treatment for diarrhea. When you are experiencing diarrhea, you must rest to recuperate and conserve energy while drinking lots of fluids. Starting on the BRAT diet which contains rice along with other bland-tasting foods should also help as they do not irritate the gastrointestinal tract. So does a rice diet for diarrhea work? The answer is both yes and no, depending on which type of rice is involved.