According to the International Fresh Produce Association, tomatoes are the second most bought fresh-market product based on a survey done in 2021. This versatile ingredient can be used in a wide variety of culinary ways.

The tomato is a favorite addition to salads, soups, and sandwiches, along with tomato-based dishes and products such as tomato juice, sauces, and purees,  so it is possible to consume large amounts of tomatoes in a day. Tomatoes, when eaten in excess, may cause undesirable side effects. Do tomatoes cause diarrhea? Please read on to find out. 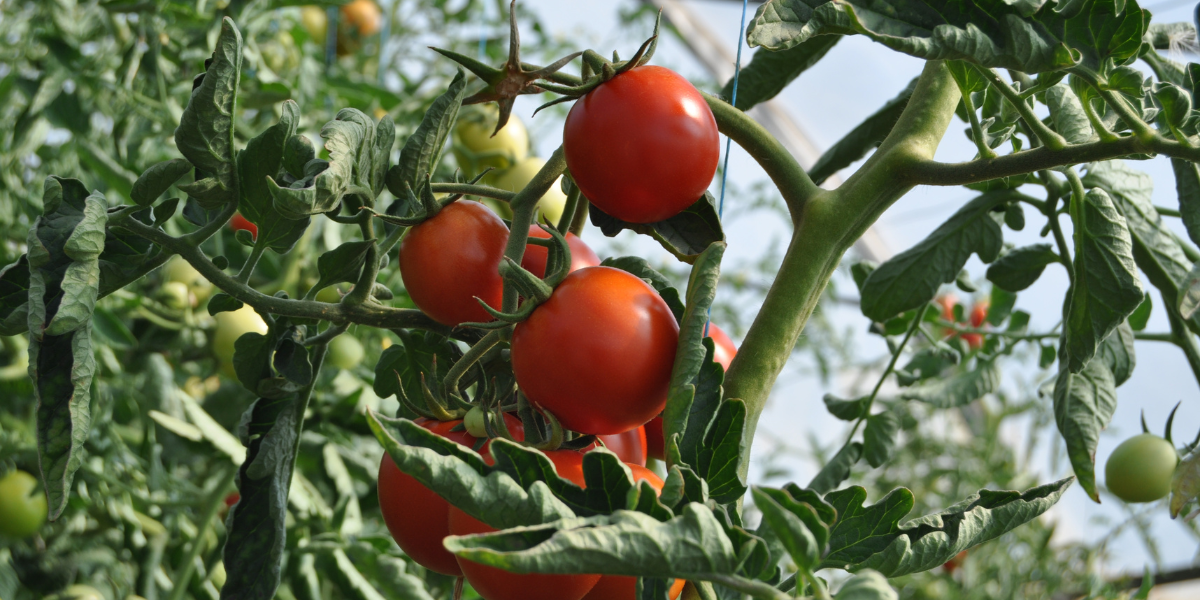 The tomato (Solanum lycopersicum) was originally grown in the lower Andes mountains by the Mexican Aztecs. The Aztecs called it ‘tomatl’ meaning ‘plump fruit’ while the Spanish conquerors called it ‘tomate’. The tomato was first brought to Spain during the explorations of Columbus in the early 16th century. Later on, it spread through other countries in Europe, the Americas, and the rest of the world.

The tomato is often thought to be a vegetable due to its nutrient content and many culinary uses, but it is actually a fruit under the plant family known as Solanaceae. It is closely related to pepper, eggplant, potato, and even tobacco. The tomato is a popular ingredient in many European dishes mainly due to its ability to mix well with meat, eggs, cheese, and a wide variety of herbs.

When ripe, tomatoes are usually red in color, but they can also be green, purple, yellow, and orange and come in different shapes and flavors. They are a good source of vitamins and minerals such as potassium, Vitamin C, Vitamin E, folate, and Vitamin K1. They also contain carbohydrates, protein, fats, and fiber, along with beneficial plant compounds like lycopene, beta-carotene, naringenin, and chlorogenic acid. 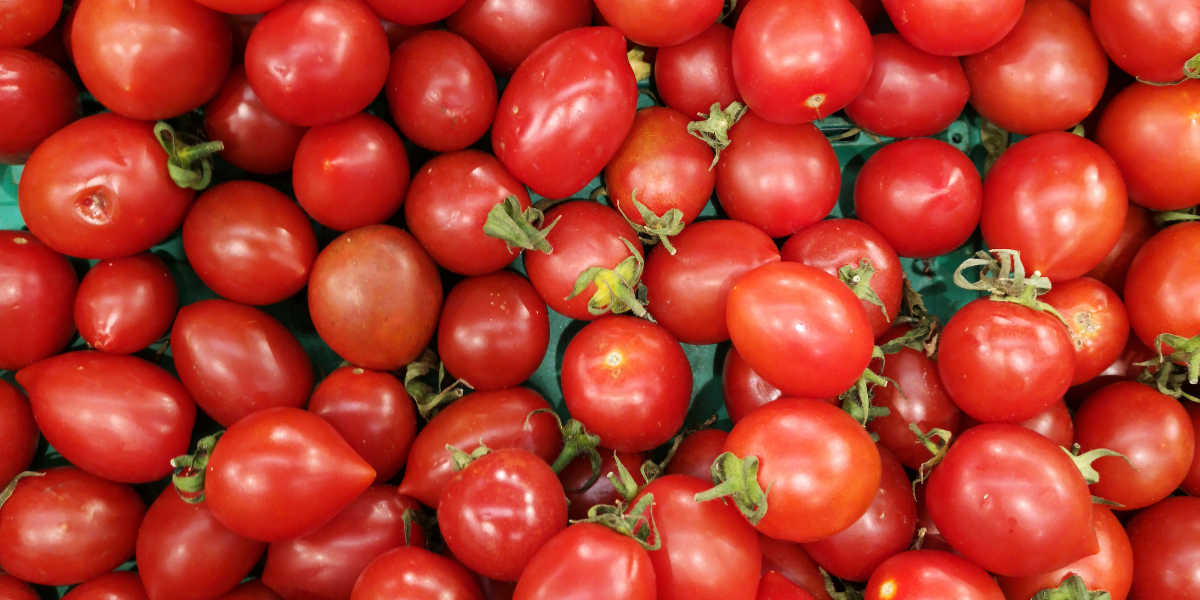 Tomatoes can be consumed either fresh or canned, but the benefits come in different ways. For example, absorption into the body depends on the type of nutrient consumed. Lycopene is an antioxidant that is easier for you to process and utilize from canned tomato products over fresh tomatoes. Cooking also increases their lycopene content. However, heating them can remove some Vitamin C and other nutrients.

Do Tomatoes Cause Diarrhea?

Tomatoes are nutritious but caution should be taken when eating them. Do tomatoes cause diarrhea? The answer is yes, and this may be due to certain factors such as: 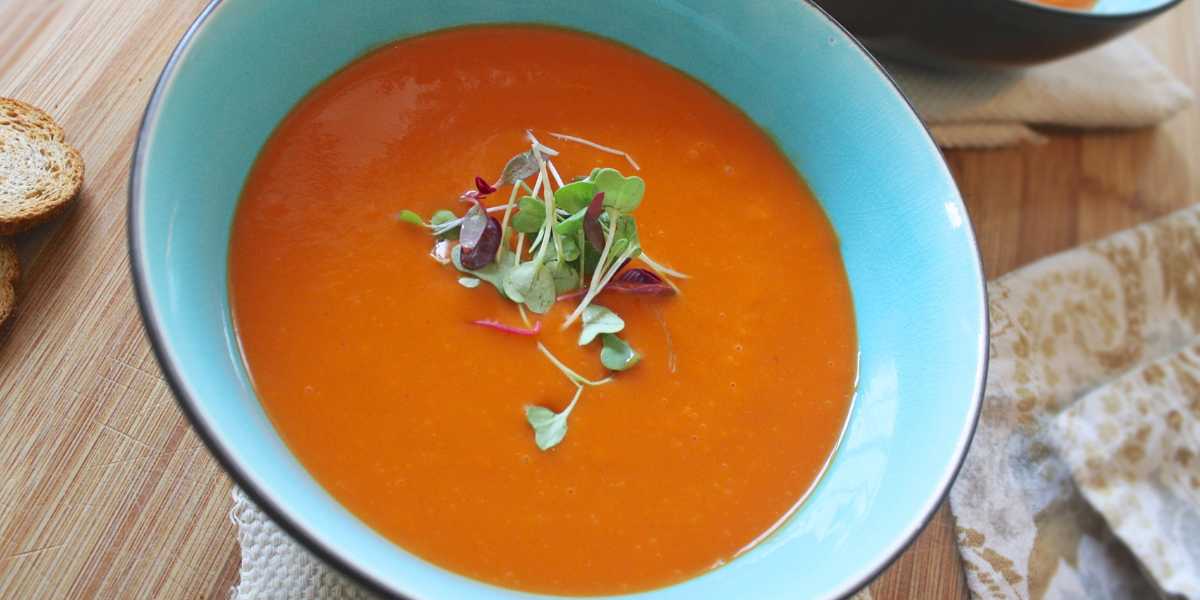 If you have difficulty digesting tomatoes, then you may have a tomato intolerance or sensitivity. Depending on the severity of your intolerance, you can have a reaction to even just a small amount of tomato, or you may be able to tolerate small amounts of tomato but experience discomfort after eating larger servings.

Tomatoes belong on the FODMAP list. FODMAPs are short-chained carbs that are known to cause stomach upset. Tomatoes naturally contain fructose which is prone to cause malabsorption in some people. When poorly digested fructose is fermented by gut bacteria, it can lead to GI symptoms such as gas, abdominal cramps, diarrhea, or constipation.

When you have a tomato allergy, your immune system mistakenly identifies a substance in the food as harmful and overreacts. Food allergies should not be taken lightly because they can be serious and potentially life-threatening.

A 2013 study published by the Journal of Investigational Allergology and Clinical Immunology revealed that certain proteins contained in tomatoes may cause allergic reactions. These may manifest in the form of digestive symptoms such as nausea, vomiting, abdominal cramps, and diarrhea.

Tomatoes belong to the nightshade plant family which is known to contain alkaloids, toxic compounds that may contribute to inflammatory bowel disease (IBD), cause GI distress, or may even be poisonous. Due to their association with the more deadly members of the nightshade family, it took time for tomatoes to gain acceptance as a food crop. The fruits themselves are fine to eat, but the leaves and stems are toxic.

Like most fresh produce, raw tomatoes can contain harmful bacteria like Salmonella, which is one of the most common types of food poisoning. Salmonella is sometimes found in unwashed fruits and vegetables and, although often not life-threatening, may cause you to experience gastrointestinal symptoms such as abdominal pain, nausea, vomiting, and diarrhea. To prevent food-borne diseases from tomatoes, cook your produce or wash your raw tomatoes thoroughly. 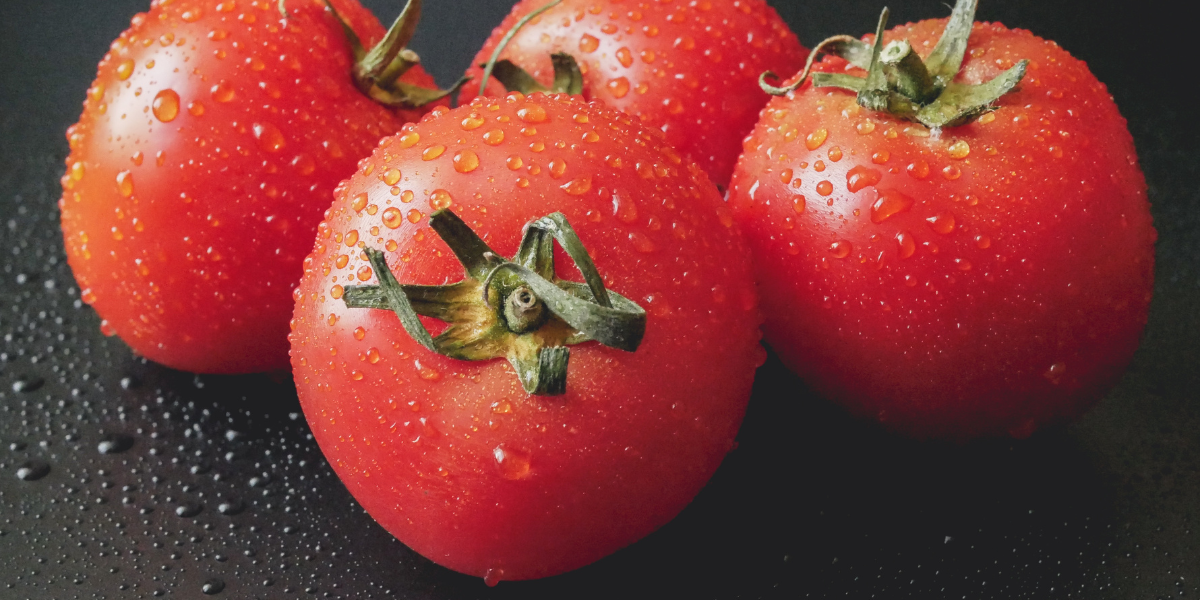 Tomatoes are high in fiber and water content since tomatoes are 94% water. Dietary fiber helps keep your digestive system in good condition while water helps to soften stools and makes them easier to pass. Both support hydration and stimulate bowel movement. When consumed in appropriate amounts, tomatoes alleviate constipation. However, over-consumption of tomatoes may lead to diarrhea.

Tomatoes are high in potassium. According to the National Institutes of Health, a half-cup of sun-dried tomatoes contains as much as 925 mg of potassium which is equivalent to 35% of the recommended daily amount for women.

Potassium is an essential mineral and electrolyte that has laxative properties. It increases the amount of water absorbed by your intestines and makes your bowels move faster. Potassium can cause you to experience nausea, vomiting, stomach upset, intestinal gas, and diarrhea.

The tomato is considered to be acidic. When acidic foods are consumed and fermented inside the gut, they produce acetic acid which is a major component of vinegar that makes it high in acidity. This can lead to an upset stomach, diarrhea, or heartburn. 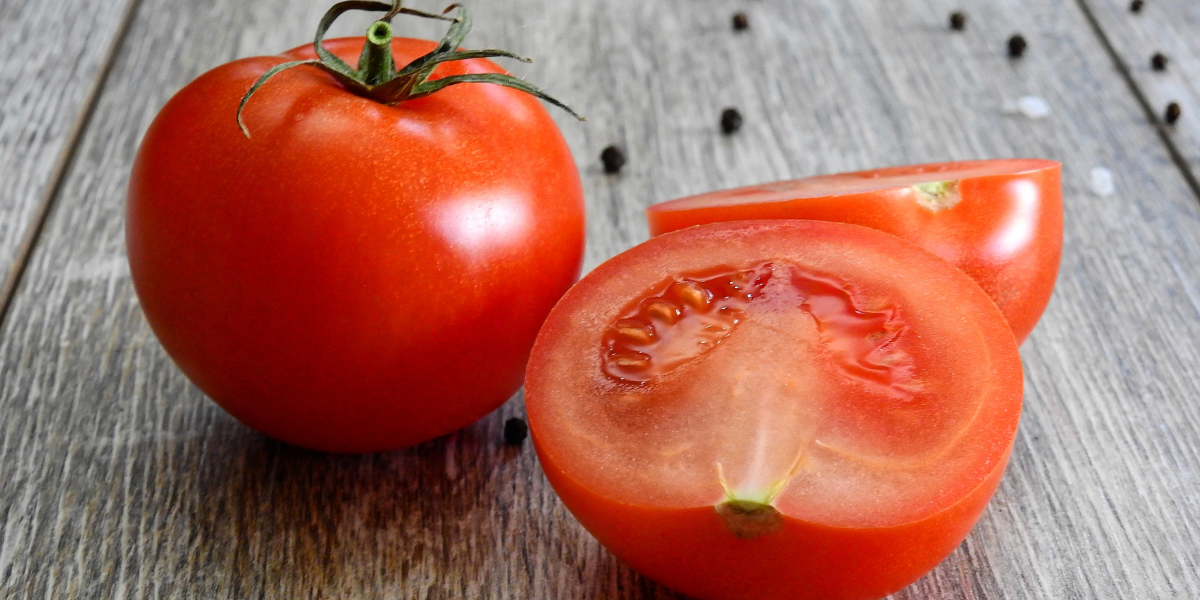 On the other hand, one article published in the Journal of Nutrition in October 2000 revealed quite the opposite result because it indicated that tomatoes actually protect from diarrhea. The study involved 28,753 children in Sudan aged 6 to 60 months and assessed the relationship between the consumption of tomatoes and their diarrheal and respiratory morbidity rates and mortality.

The participants per household were visited every 6 months for up to 4 times. In every visit, the mothers were asked whether their child had eaten tomatoes for the past 24 hours. The survey showed that eating tomatoes can reduce the episodes of diarrhea and respiratory infections in children.

In addition, tomatoes contain soluble fiber which absorbs water in the intestine and swells up to form bulkier stools. This helps to slow down the passage of food through your digestive tract which is certainly beneficial when you have diarrhea. Diarrhea happens when undigested food passes too quickly before the intestines can absorb enough water which leads to loose stools.

Side Effects Of Tomatoes 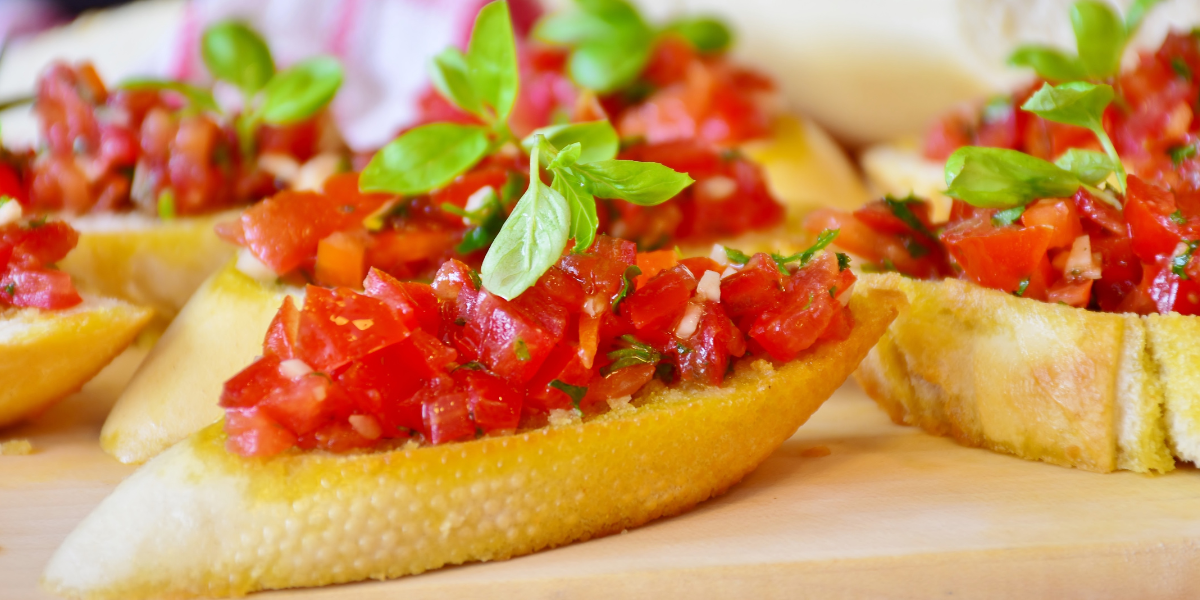 The saying that anything in excess can be harmful certainly holds true in the case of tomatoes. Aside from diarrhea, here are some probable side effects of over-consumption of tomatoes: 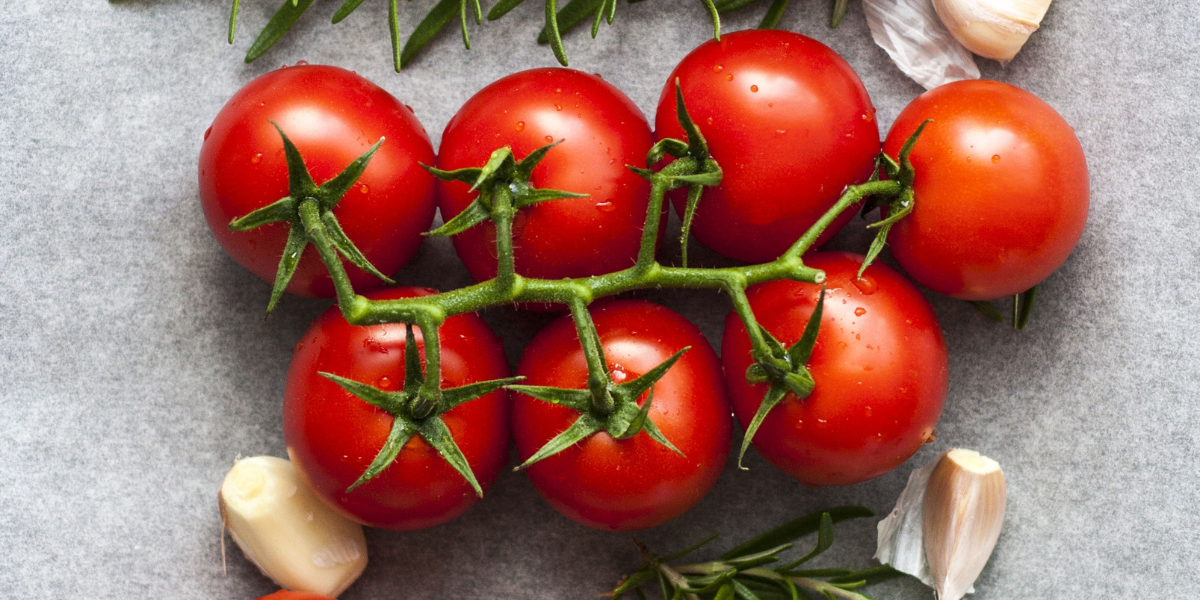 Based on its botanical description, the tomato can be categorized as a fruit, but it is also considered a vegetable due to its nutrient content and culinary versatility. Most people can eat both raw and cooked tomatoes to reap their full health benefits, but there may be some downsides to consuming them. This is especially true when you have certain health conditions such as GERD or IBD. So do tomatoes cause diarrhea? The answer is a big, resounding yes!