Cherries are a traditional favorite and can be eaten raw or incorporated into various sweet and salty dishes. Cherries are often used in the making of jellies, jams, marmalades, sauces, ice creams, juices, and even wine. However, eating too many cherries can cause stomach discomfort. Can cherries cause diarrhea? Read on to learn more! 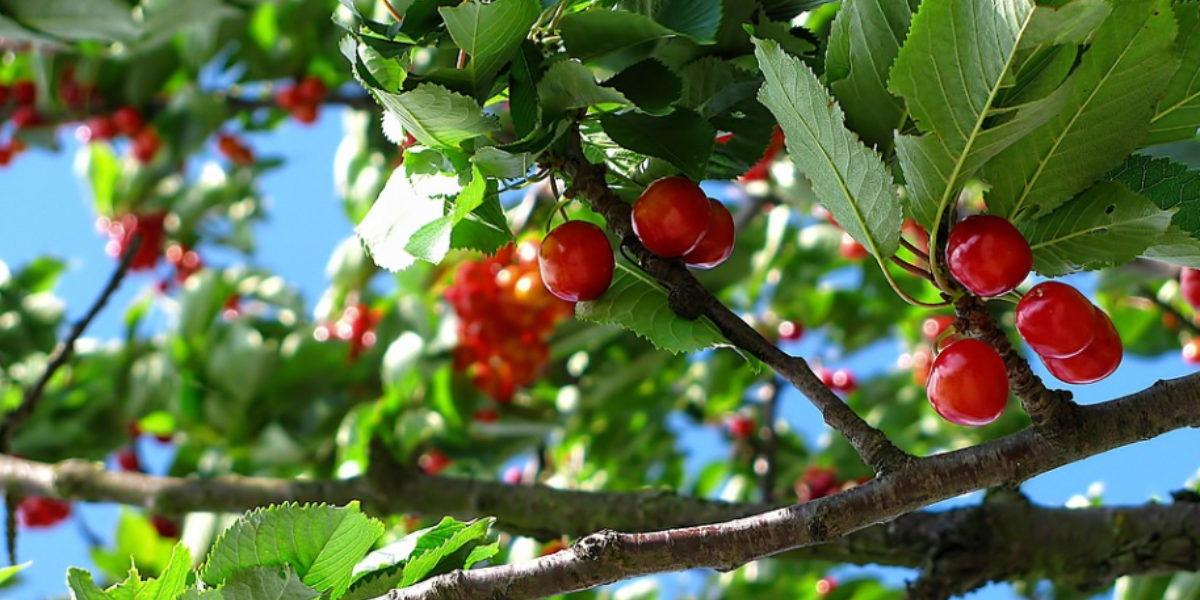 The first wild cherries originated in Asia Minor in the region between the Black and the Caspian Seas. The name Cherry was derived from the Turkish town of Cerasus. To this day, Turkey remains the largest producer of cherries in the world.

It is believed that cherries were likely brought to Europe by birds. The first cultivators of cherries were the Greeks in the 4th century, followed by the Romans who continued to increase and broaden production as proven by pieces of evidence found in the Caucasus and Anatolia. Later on, cherries were brought to the US by English colonists in the 1600s.

Cherry is the edible fruit produced by the cherry tree (Prunus Avium). Cherry grows in temperate regions around the world but cannot flourish in tropical areas because it needs low temperatures for the seeds to germinate. Typically, the tree begins to produce fruit after 3 or 4 years and becomes mature after 7 years. They can even continue to bear fruit at 100 years of age!

Cherries are not only delicious but also nutritious. They are full of vitamins, minerals, fiber, and other nutrients. Cherries provide vitamins A, C, and K, calcium, potassium, magnesium, copper, iron, phosphorus, and manganese. They are also a good source of the antioxidant beta-carotene and the essential nutrient choline. Moreover, cherries do not contain cholesterol, fats, or sodium. Simply put, cherries are one of the healthiest fruits to eat. 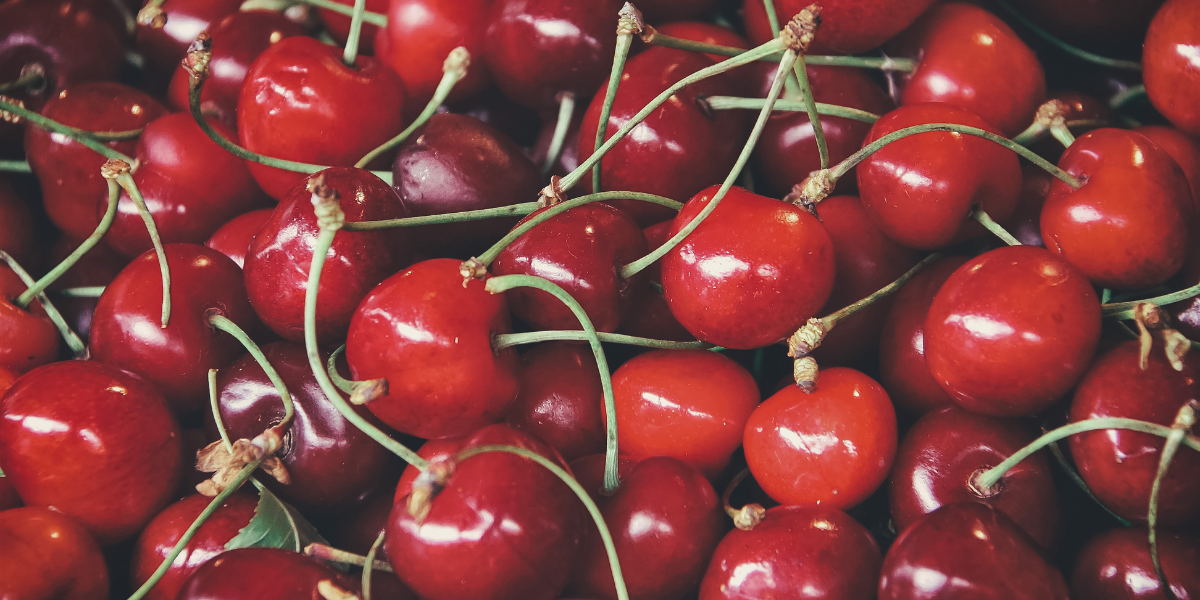 Although more than 1,000 varieties are grown in the US and are classified as either sweet or tart, here are the 8 most common types of cherries found in supermarkets and grocery stores:

Tart cherries are not as easy to transport as sweet cherries, so they are often sold canned or frozen. But although there are different types of cherries, they all offer impressive health benefits. 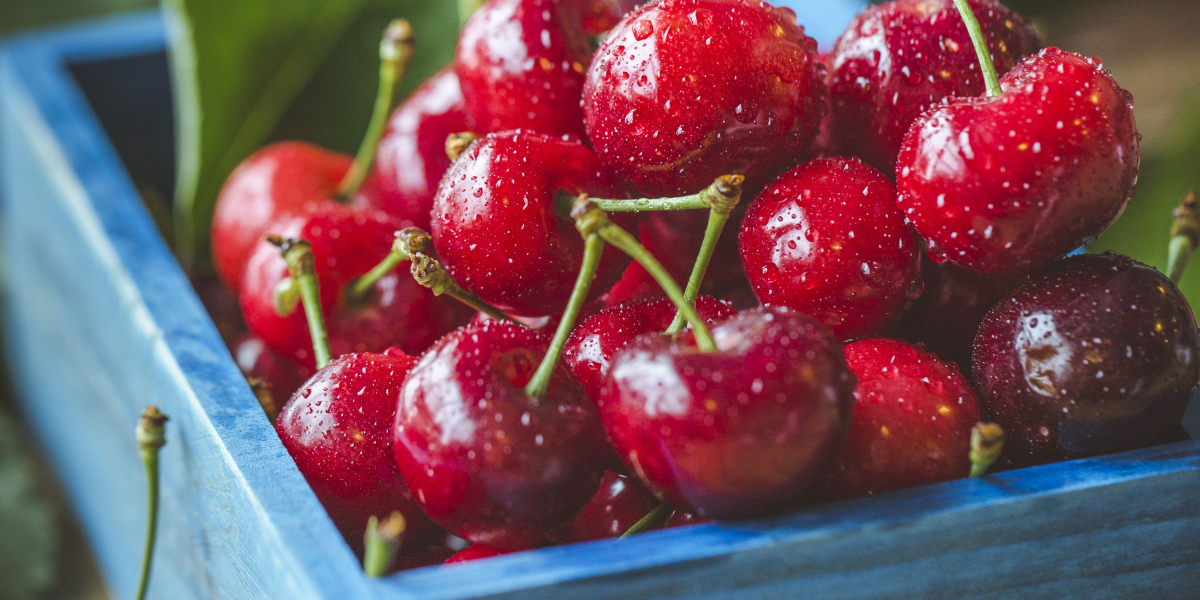 Some types of cherries are better for snacking because of their sweet taste while others are more suited for making jams, preserves, pies, and other baked goods. But one thing is for sure, eating cherries offers you a host of health benefits such as:

Can Cherries Cause Diarrhea? 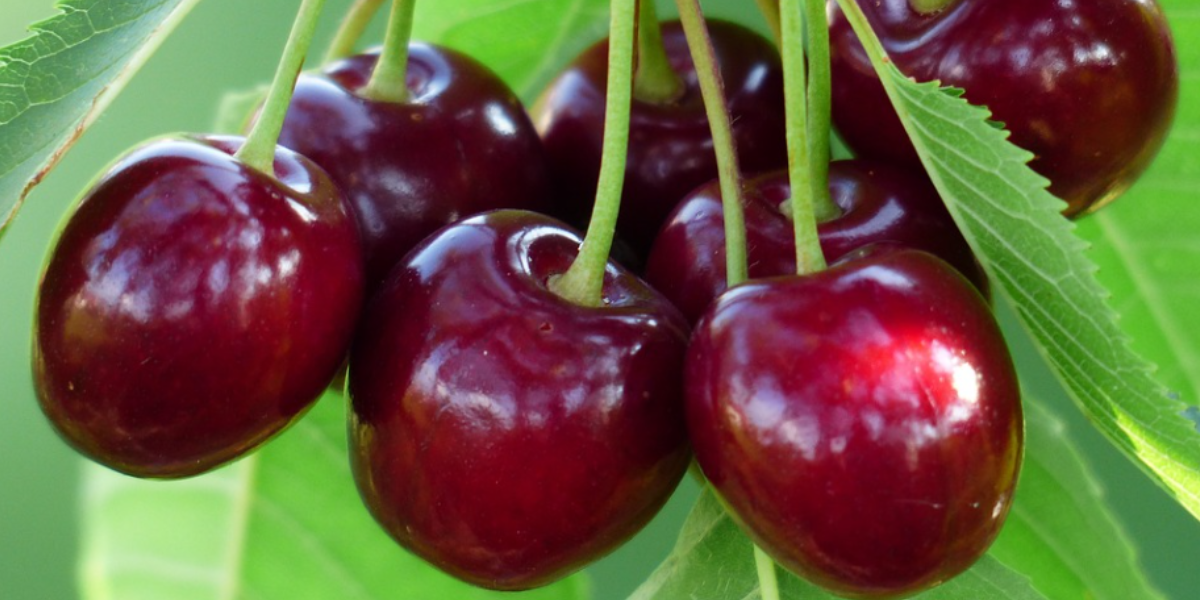 In spite of their impressive health benefits, cherries, just like any other food, also have their downside. Can cherries cause diarrhea? Apparently, diarrhea is a fairly common side effect of overeating cherries due to the following reasons:

Salicylates are natural chemicals found in many fruits, vegetables, and spices that help protect plants from insects and diseases. In short, they serve as the plants’ immune system. Unfortunately, some people have a salicylate allergy and they have a reaction after being exposed to salicylates, salicylic acid, or related chemicals.

According to a dietitian nutritionist at SRW Agency in Chicago, Leah Johnston, RDN, LDN, “Cherries are a natural source of salicylates, which some people may be sensitive to.” She further added that eating a lot of cherries may cause those who have a salicylate sensitivity to experience gas, bloating, and diarrhea.

If you have a sensitive stomach or a salicylate intolerance, you should limit the number of cherries you consume.

Like most fruits, cherries are high in dietary fiber which comes from the cell walls of plant foods. Unfortunately, your body is unable to digest dietary fiber so they tend to pass through your digestive system basically intact.

Cherries contain insoluble fiber which is the type of fiber that does not absorb water. A high intake of cherries can cause the insoluble fiber to speed up the transit time of bowel movement which, in turn, leads to loose stools and diarrhea. 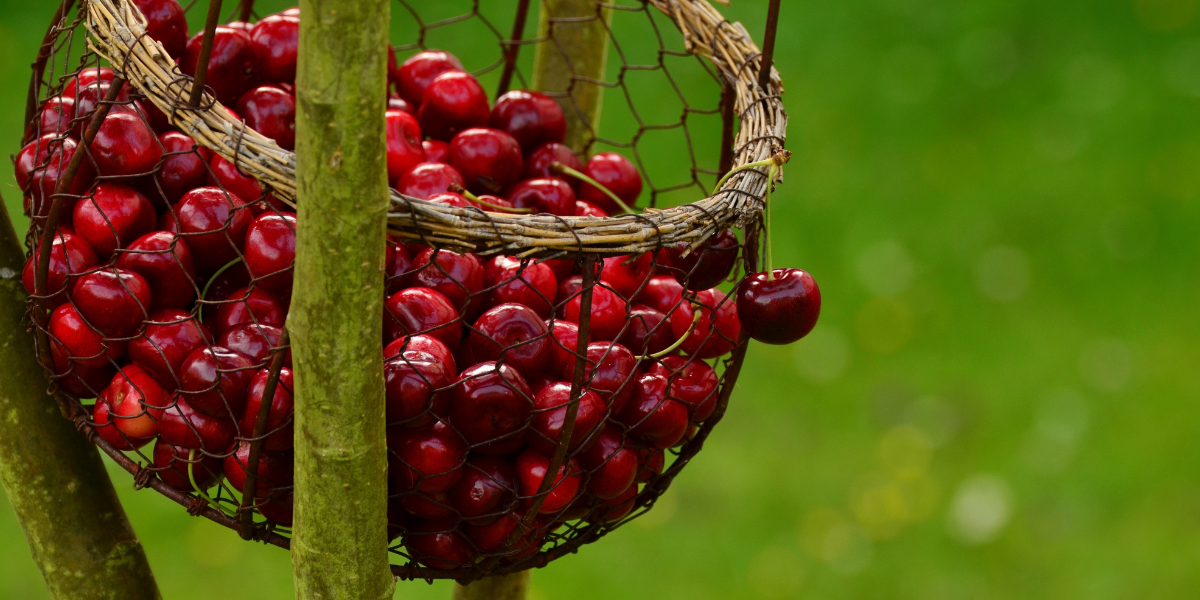 Fructose is a type of sugar that naturally occurs in many fruits which is why it is also called ‘fruit sugar’. It can also be found in vegetables such as asparagus, onions, mushrooms, and bell peppers. However, some people have difficulties absorbing fructose, especially when it is consumed in high amounts. This condition is known as fructose malabsorption or fructose intolerance and may cause diarrhea after eating foods containing fructose.

Cherries contain 8.3 grams of fructose per cup. Therefore, cherries, along with apples, bananas, mangoes, pears, and watermelon, are considered high-fructose fruits which should be avoided if you suffer from fructose malabsorption.

Compared to other food allergies such as peanut allergy, milk allergy, or oat allergy, cherry allergy is quite rare. It can present in what is known as oral allergy syndrome where you may experience a tingling, itching, or swelling of the lips, mouth, tongue, and throat. These allergic reactions may be triggered by either pollen or eating certain raw fruits, vegetables, and tree nuts.

Other Side Effects Of Eating Cherries 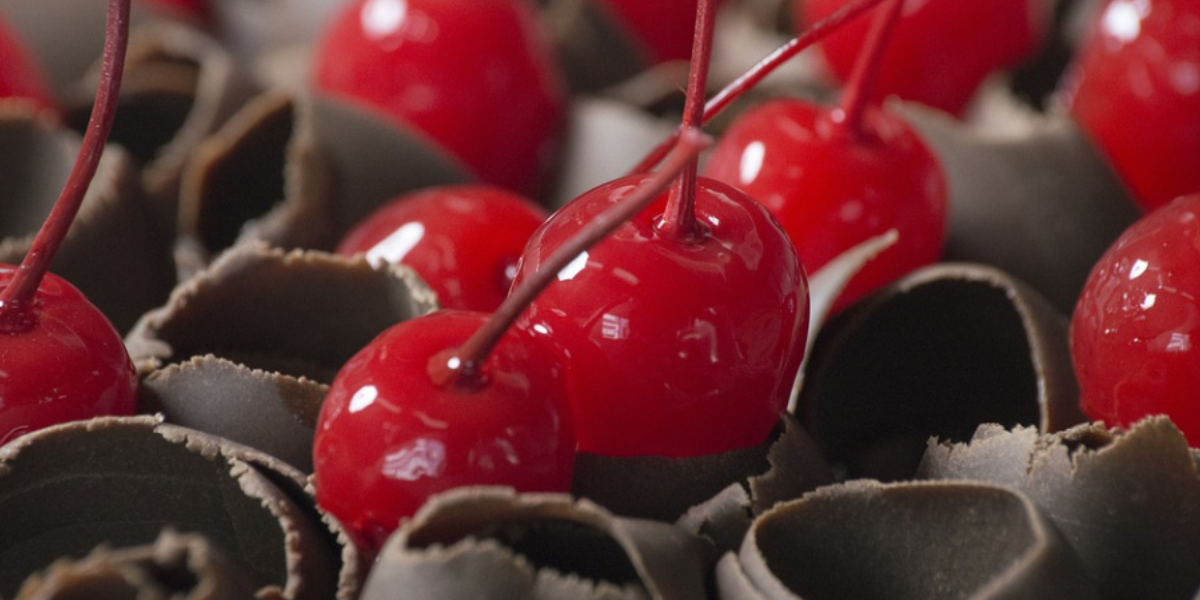 No food is completely without side effects. Every person can have a different reaction to eating too many cherries. Here are some of the potential side effects of excessive cherry consumption: 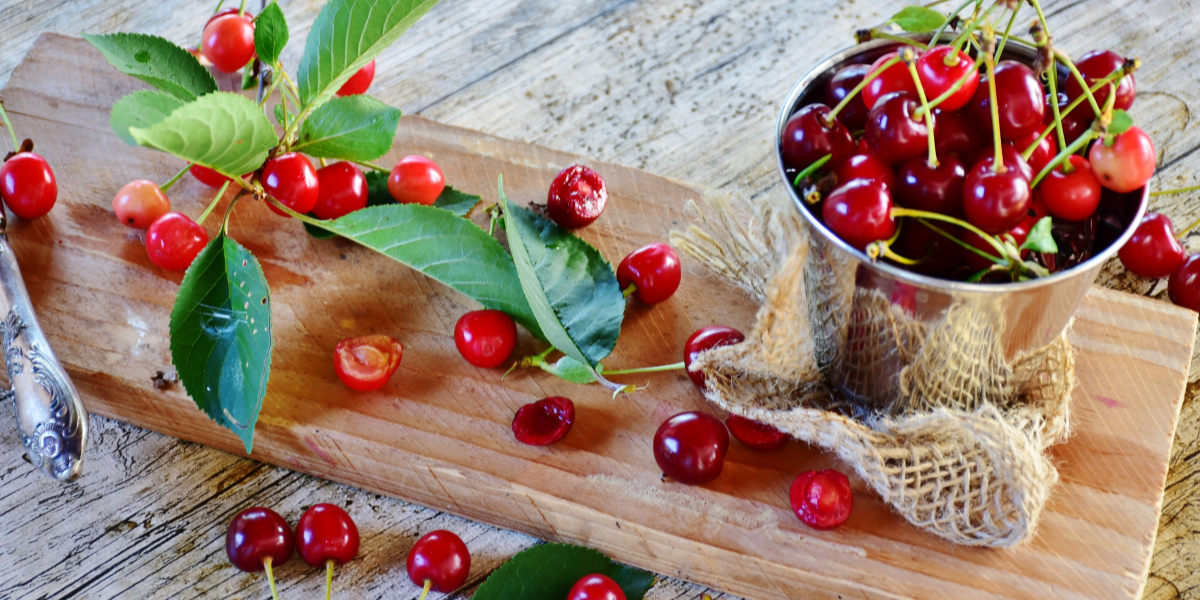 Cherries are amazingly delicious and versatile. Both sweet and tart varieties mix well with many foods. Aside from tasting great eaten raw or in the form of baked goods or sweet treats, they also make tasty additions to salads and salsa or as toppers for ice cream, sherbet, or cocktails.

Not only that, cherries also contain powerful plant compounds that provide an impressive array of health benefits. However, there can be some side effects to eating cherries. Can cherries cause diarrhea? Yes, and there are 4 reasons why it can!