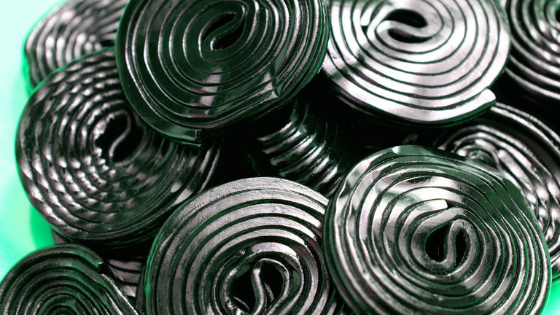 Does Licorice Cause Diarrhea or is this an Old Wives’ Tale?

You've probably heard the saying that licorice causes diarrhea, or maybe you even believe you have experienced such for yourself, but does it really? Can such a tasty sweet snack, or a healthy root extract (if you are into the natural stuff), be the cause of toilets exploding across the world?

Diarrhea is a condition that nobody wants to deal with… It can really mess with your plans and instead of working on that presentation for your next meeting or walking your dog, you are running to the bathroom constantly, which can be an absolutely exhausting and dreadful experience.

This unwanted condition is characterized by abdominal cramps, frequent bathroom trips, and of course.. watery stool.

It would be nice if there was just a handful of causes for this so that there wouldn't be so much guesswork, but unfortunately there are about 1001 different things that can be the reason for your diarrhea. While bacteria, viruses and parasites are some of the most common causes, it can also be due to allergies, lack of or too much nutrients, lack of fiber and so on.

There seems to be a lot of confusion as to whether or not licorice actually causes diarrhea, so of course that is the topic at hand here. But before we get into that let's first talk about what licorice is exactly… Which there is also a bit of confusion around.

What is Licorice Really?

There is a lot of "licorice" that isn't really licorice. You know those red Twizzler candies that you can buy in just about any store? Yeah… Those don't actually have any licorice in them at all. Those have what is called anise oil, which tastes and smells like licorice but isn't.

The scientific name for the licorice plant is Glycyrrhiza glabra, and this is no modern discovery. In fact, it has been used in ancient Egypt as well as in Chinese traditional medicine for thousands of years, for a number of different things such as treating eczema, asthma, low blood sugar, and of course soothing stomach problems.

And it's no wonder why extract from the root of this plant has become popular in candies… It is incredibly sweet, supposedly up to 50x more so than sugar.

Does It Really Cause Diarrhea?

​It has been used as a digestive aid since ancient times, and it seems that just about everyone has heard stories about it being used as a laxative or something along those lines. Hearing all of this would make you think that there is at least some truth to it causing diarrhea, right?

Well… Unfortunately there really isn't any hard proof of it being true, other than the many stories from people who have tried it for themselves. I've heard stories about people taking licorice for constipation as well as people just eating it out of enjoyment and later experiencing unwanted diarrhea.

All in all there is just a lack of research on this topic, so all we have to go with are the claims of traditional medicine as well as personal stories from those with their own experiences on the matter.

A Treatment for Constipation & Other Digestive Issues?

It is said to help with IBS as well as constipation, and has been used for such traditionally, but again there isn't much in the way of scientific evidence to back this up. However, there is some proof that it can help with digestive problems such as peptic ulcers and all of the symptoms that come along with them.

An article from the Journal of Research in Medical Sciences called The Healing Effect of Licorice claims that it has been shown to help heal peptic ulcers caused by the Helicobactor pylori bacteria, which is the most common cause of this problem.

So there is at least some proof that it can fulfill its said traditional benefits of soothing the stomach.

According to WebMD, the chemicals that are present in licorice are "thought" to decrease swelling, thin out mucus, decrease coughing and of course help heal ulcers... but most of this is just "thought" to happen, not proven.

Don't eat too much!

If you like licorice, maybe for its health reasons or maybe just because you like the taste, do yourself a favor and don't eat too much of it. The compound that is famous for, glycyrrhizin, can lower potassium and raise sodium levels which can cause heart problems, high blood pressure, etc.

Eating just 2 ounces of black licorice a day for two weeks can lead to an irregular heart rhythm.

If you are looking to get the health benefits but avoid the possible side effects, you may want to look into buying DGL (deglycyrrhizinated licorice) over the counter which is a much safer form that has the glycyrrhizinic acid removed but still provides much of the benefits.

The Best Way to Stop a Barking Dog (It's Genius)